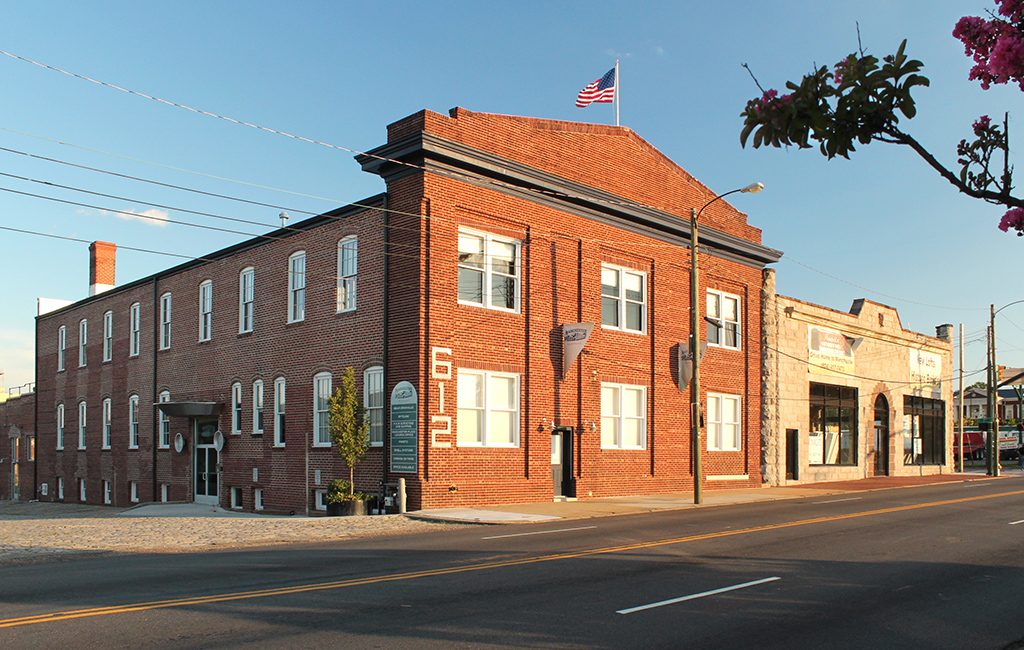 The Manchester Pie Factory building at 612 Hull St. in the Manchester neighborhood sold for about $2.2 million. (Kevin Jones Photography)

An out-of-town buyer has snatched up a slice of the Southside.

The Manchester Pie Factory building at 612 Hull St. has been acquired by New York-based MJP Acquisitions for $2.15 million, confirmed seller Jeremy Connell, who redeveloped the building into mixed-use six years ago.

The 22,000-square-foot building most recently was assessed at $1.9 million, according to Richmond city tax records, and houses seven office suites and three large residential units.

Village Bank is financing the purchase, Connell said. The property will be leased and managed by One South Commercial broker Ann Schweitzer, while Connell will continue to manage the building.

As of Tuesday afternoon, the sale was not yet recorded with the city. 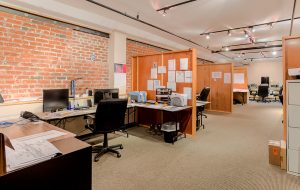 There are two vacant office spaces available in the 22,000-square-foot building. (Bryan Chavez)

There are two vacant office spaces available in the building, Connell said. The residential units are fully leased.

With cash in hand, Connell said he has offers out to buy other properties, but would not disclose details about where or when they may close.

Max Polsky, principal for MJP Acquisitions, said he was enamored with Manchester after connecting with Sullivan about investing in the Richmond area.

“I just happened to stumble upon it,” Polsky said. “People were telling me to look at Scott’s Addition, but when I learned about Manchester, I had to come check it out.”

Polsky said the neighborhood’s crop of remodeled warehouses, wide streets and sidewalks, plus access to major city employment centers, affordability and its growing educated workforce made purchasing the building an easy investment.

“It looked like Tribeca did in New York a couple of years ago, or Dumbo in Brooklyn,” Polsky said. “Everything was there.”

Connell rehabbed the structure in 2008 with historic tax credits and bank financing, and opened the building to its first tenants in October 2009.

MJP Acquisitions, launched by Polsky about a year ago, is mostly a buy-and-hold company that relies on high occupancy rates and strong leases to build capital in markets with long-term growth.

But the firm is not opposed to development, and its Manchester acquisition may spark a continued interest in Richmond.

“I’m looking mostly at mixed-use, and looking to do some residential development,” Polsky said, without naming sites in the neighborhood.

Elsewhere in Manchester, Connell started construction on his 7West development, a cluster of modern-design townhomes planned at the foot of the Manchester Bridge.

Down the street from the Manchester Pie Factory building, Fountainhead Properties secured approvals from Richmond City Council in November toward potentially building two or more towers at 111 Hull St.

one of Richmonds best spots for a good party is sold to a NYC investor. Congrats Jeremy. This will spur more building at 7West I presume?