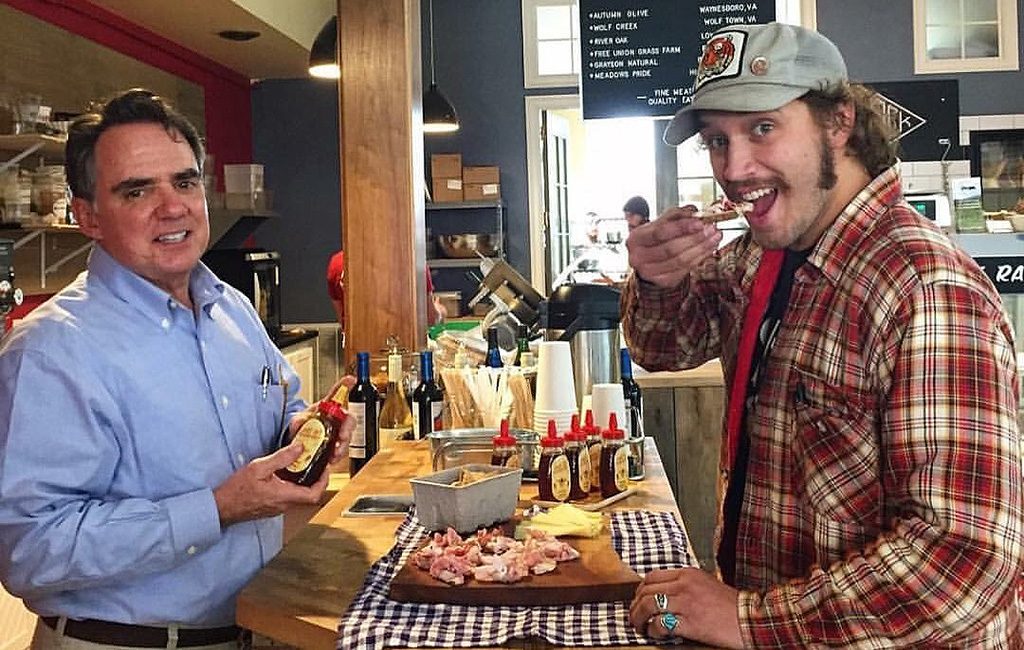 He’d made a test batch of spicy, chili pepper-infused honey for friends and family as a holiday gift. By March, everyone had run out, and wanted to know where they could get more.

“I sorta shrugged it off to begin with, thinking ‘you know, it was just something I did as a gift for the holiday,’ Russell said. “I gave away about 150 bottles of it to friends.”

“Over the next couple of months I kept getting phone calls, so I thought, ‘Hey, maybe I should look into this, maybe there’s something here,’” he said.

The local company sold its first bottle in November, and jars are already available in 13 stores throughout Richmond, Charlottesville and the Middle Peninsula. Russell said he distributes to new stores every week, and sells directly to customers online.

Russell, who works full time in IT staffing, said he has no professional culinary training, but is a lifelong home cook who loves to tinker with recipes and try new things. 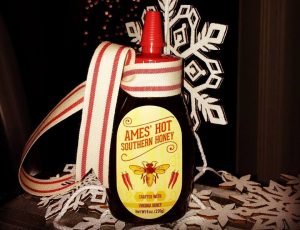 It took him 16 hours to produce nearly 500 pounds of honey for his first bulk batch, made in the kitchen of his home. He joked there was a brief moment of panic.

“It was a moment like, ‘Oh my god this is crazy, what have I gotten myself into?’ But when I bottled it up and started going around to stores, and people were interested in it, that was awesome,” Russell said.

He’s since rented a kitchen in the Near West End, where he produces the honey from bees kept in Waynesboro. Ames said he plans to find a Virginia source for the peppers.

The honey is available at eight markets in Richmond, including Union Market, Libbie Market, Strawberry Street Market, Outpost, and Tom Leonard’s. Russell said he hopes it lands on the shelves of 100 Virginia markets by the end of 2017, and is in talks to have it incorporated into menu items at Richmond restaurants.

“My plan is to grow organically and grow sensibly, and what I’d like to do is have distribution in as much of Virginia as I can,” he said.

Ames spends days at his staffing job and evenings producing, bottling and labeling honey. He’s quick to thank his wife who’s helped him along the way, and said he’s enjoying the process of building a young company.

“It’s just fun for me. For me, food is fun, and this product is fun because there’s so many different things you can do with it.”

Ames Russell is a great American.

Bought some to distribute to clients and friends for Christmas (along with candied pecans), was very well received! Good Luck Ames!