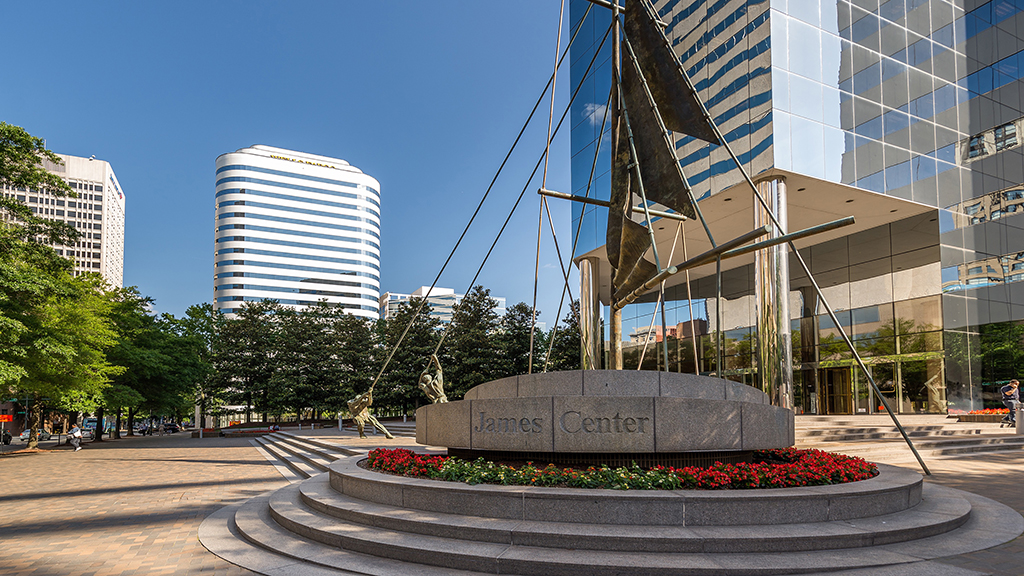 A major chunk of downtown office space is now in the hands of one of Richmond’s most well-known businessmen and philanthropists.

Bill Goodwin’s Riverstone Properties is the new owner of the James Center, a three-building office complex encompassing nearly 1 million square feet at 901, 1021 and 1051 E. Cary St. The company paid $108 million for the properties in a deal that closed Thursday.

Riverstone purchased the James Center from LNR, a commercial loan service that took control of the buildings in September after it was threatened with foreclosure.

With its newest asset secured, Riverstone principals Jeff Galanti and Chris Corrada said the firm is focused on updating the buildings, and maintaining and growing its tenant base.

“We’re talking about tens of millions of dollars,” Galanti said of planned renovations for the office towers. “This property has been neglected for quite some time…and given the momentum occurring in the downtown market, this was a strategic purchase.”

The firm is in talks with designers to update the buildings’ lobbies, elevators and common areas, Galanti said. Upgrades to outdoor plazas are also planned, although Galanti said that would not involve removing the facility’s prominent statues.

Signs of change at James Center are already afoot.

While the closures were in progress prior to Riverstone purchasing James Center, Corrada said the ground-floor vacancies present opportunities for a new class of restaurant and retail users.

“We now have a great space for a restaurant looking to do breakfast, lunch or catering from that location,” Corrada said of the now-vacant Wendy’s outpost.  “We would like to see some new restaurants and retail join the James Center.” 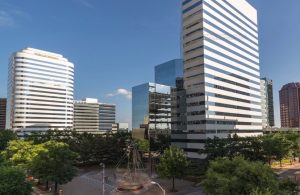 The James Center sold for $108 million.

The James Center maintains Riverstone’s increasing appetite for office space in downtown areas in Richmond and elsewhere–a different type of asset than it’s typically known for.

Its other holdings include high-end hospitality assets like The Jefferson hotel in Richmond and Kiawah Island Golf Resort in South Carolina. It also owns 60 percent of the West Creek Business Park in Goochland County, and is the master developer of CenterPointe, a 700-acre mixed-use development along Route 288 northwest of Powhite Parkway.

The James Center, part of the heart of downtown Richmond, has faced stiff competition from surrounding office buildings and newer office parks in the suburbs. The three towers were built in the 1980s.

The complex suffered a major blow when one of its anchor tenants, the McGuireWoods law firm, moved into its new office tower in the Gateway Plaza.

James Center was put on the market in September by LNR, a commercial loan servicer that took control of the buildings for a lender owed $150 million by the previous owner. That lender pushed for foreclosure, but ultimately was handed the deeds in lieu of foreclosure.

But where some real estate investors see a challenge, given the James Center’s age and vacancy rates, Riverstone sees opportunity.

The company sees momentum building in the downtown market, especially after CoStar announced it would bring hundreds of jobs downtown and leased 130,000 square feet on the top three floors of the WestRock building at 501 S. Fifth St.

And the nixing of a deal for SunTrust to anchor a new tower at 10th and East Byrd Streets further tightened the Class-A downtown office market and gave Riverstone an opening.

“We see developments in the Richmond office market that work in favor of the James Center,” Corrada said. “This should be the only place people seeking [Class- A] office space should look.”

Richmond-based Colliers International will continue to serve as the James Center’s primary leasing and management team.

Riverstone also has no plans to withdraw the James Center from the Grand Illumination event, which is held every December to mark the start of the Richmond holiday season.

“We have every intention of continuing the wonderful tradition that is the Grand Illumination,” Galanti said.