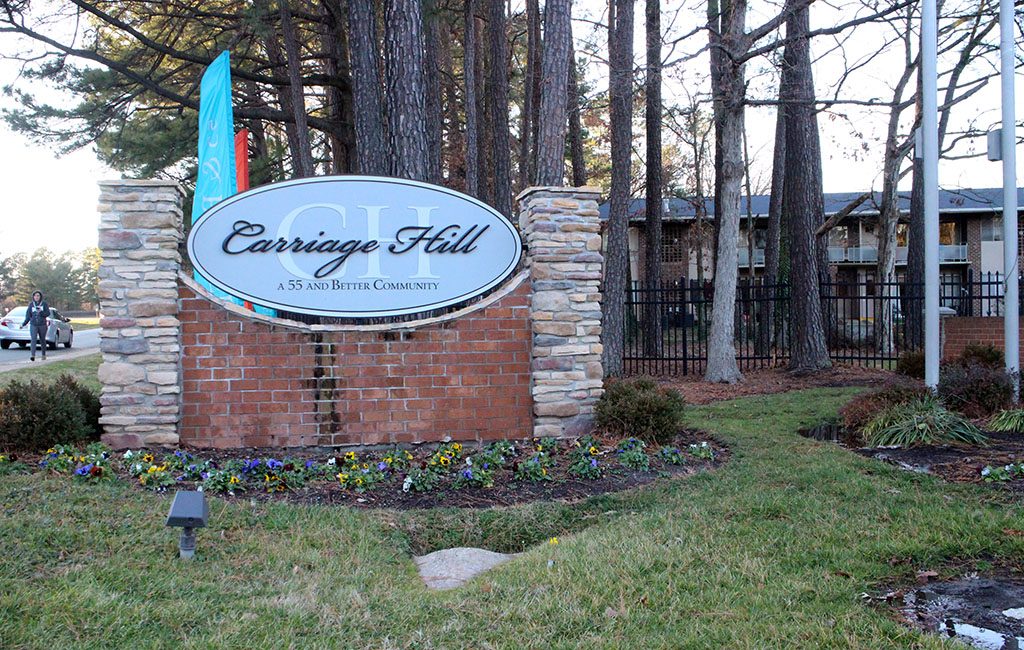 The 47-acre Carriage Hill complex straddles both sides of Glenside Drive and totals 664 apartments, most of which were built in 1967. (Jonathan Spiers)

A ’60s-era Henrico apartment complex has the go-ahead for expansion.

The expansion will add more senior living facilities to the 47-acre complex, which straddles both sides of Glenside Drive and totals 664 apartments, most of which were built in 1967.

The two new four-story buildings will include elevators and improved accessibility over Carriage Hill’s current two- and three-story buildings, said Bill Axselle of Williams Mullen, who represented Bonaventure in its rezoning case. Amenities also will include limited medical assistance and meal service.

One of the new buildings will be constructed on wooded land along Basie Road on the northern edge of the complex. The second building will replace an existing community building, pool and tennis courts that will be rebuilt and reconfigured within the complex.

The rezoning approved Tuesday includes a proffer that restricts Carriage Hill to renters ages 55 and up. Axselle said the complex has been marketed to seniors for years, but the previous zoning did not restrict Carriage Hill to that demographic.

The approved zoning designates Carriage Hill as “housing for older persons,” as defined in the Virginia Fair Housing Law. The definition means 80 percent of the units must house at least one resident 55 or older, or all units must be rented by people 62 or older, according to county documents. 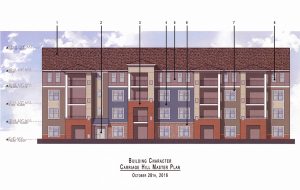 Axselle said floorplans in the new buildings would be comparable in size to existing units. Carriage Hill’s website shows one- to three-bedroom units ranging in size from 613 to 1,040 square feet. Monthly rents range from $825 to $1,330.

Axselle did not know Bonaventure’s projected cost for the project or if a builder is lined up. Attempts to reach Bonaventure for comment were unsuccessful. Project renderings show the architect is Kansas City, Missouri-based J. Price Architecture.

With the rezoning approval, Axselle said Bonaventure would commence with plan of development review and approval. Construction would start after that plan is approved.

Bonaventure manages properties in Virginia, Maryland, North Carolina and South Carolina. In Richmond, its properties include the 2001 East apartments in Shockoe Bottom, Southside’s Rockwood Park apartments, Argon Apartments on Cutshaw Avenue, and The Spectrum apartments near Virginia Union University. The company’s website also lists The Preserve in Scott’s Addition, though that property is now managed by Steelhead Management Group.

The addition to Carriage Hill is the latest sign of investment along that stretch of Glenside Drive. Closer to West Broad Street, the site of the former Skilligalee restaurant is slated for a 119-room Residence Inn.

Other multifamily development news coming out of Tuesday’s meeting included a rezoning approval for Eagle Construction of Virginia’s plan to expand its Sadler Crossing condo and townhome development near Innsbrook. The approval adds 11 detached condos on a 2.5-acre parcel adjacent to Sadler Crossing, which was approved in 2015 for 16 condos and 44 townhomes.

Note: This story has been updated to note that The Preserve property in Scott’s Addition is currently managed by Steelhead Management Group.