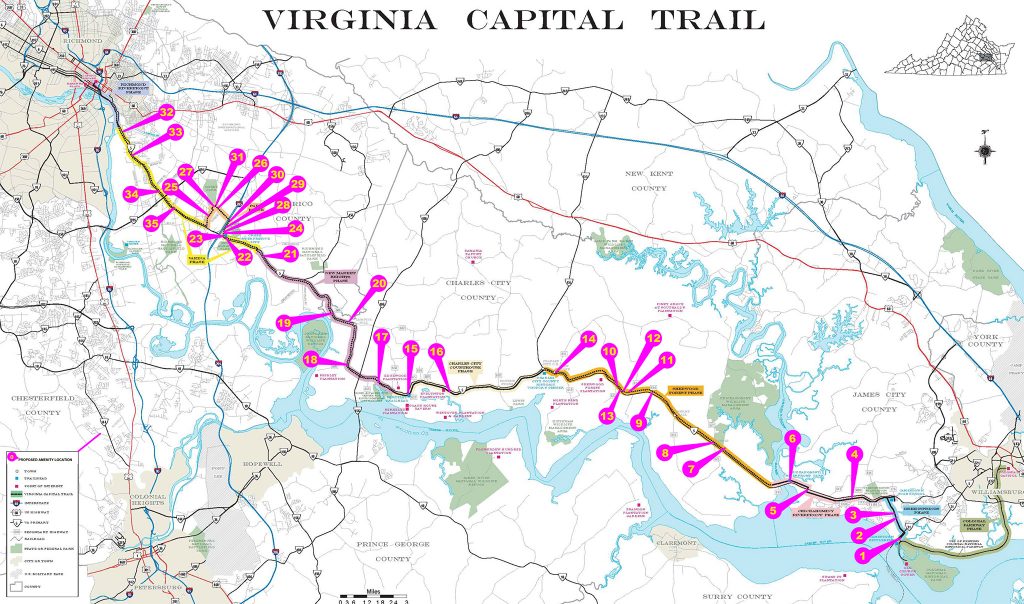 Help is coming for those who have found themselves on the Virginia Capital Trail, miles from home and with a flat bicycle tire.

VCTF Executive Director Beth Weisbrod said the organization received lots of feedback from trail users since it opened in 2015.

“Requests for benches and bike racks have been popular,” Weisbrod said. “The fix-it stations will likely be at popular trail access points.”

The VCTF, a nonprofit that manages the trail, outlined 35 locations along the trail where upgrades will be installed. Contractor bids being accepted are for installation in Henrico, Charles City, and James City counties. Because the City of Richmond owns its section of the trail, the organization is working with VDOT to install the upgrades along that stretch. Weisbrod said the section that runs through the city gets by far the most traffic.

Federal grants awarded to the VCTF in 2010 will fund the enhancements. She would not disclose the estimated total cost.

The deadline for contractor bids is Feb. 15, and Weisbrod said the VCTF aims to have the upgrades installed by late spring.

The installation won’t halt trail usage, and Weisbrod said there are no plans for major maintenance to the trail.

“With asphalt trails, once you put them down, they start to get reclaimed by the earth,” Weisbrod said. “We’ve been working with VDOT to stay out front of any maintenance needed.”

Since opening in October 2015, over 600,000 walkers, runners, and cyclists have used the trail, according to the VCTF.

It also has spawned at least one trail-centered startup in Richmond.