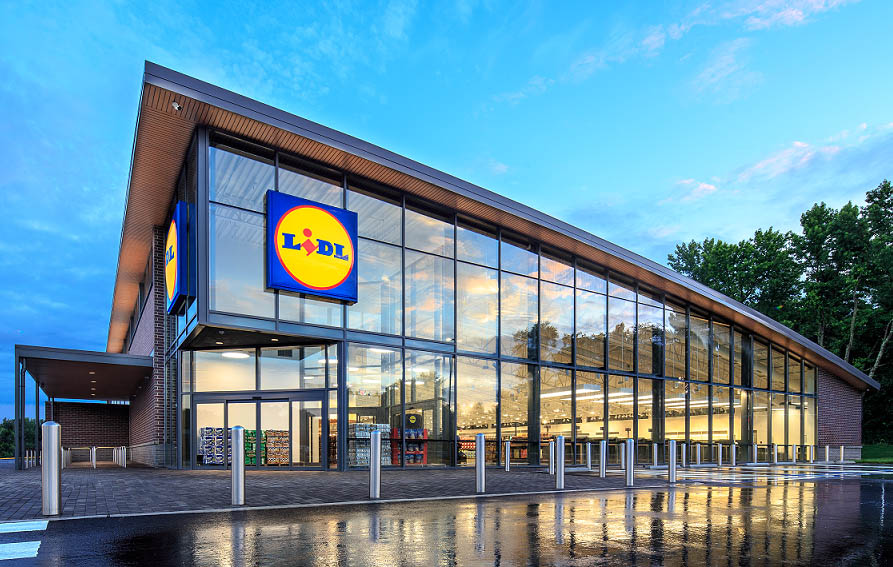 Lidl built a test store for its U.S. designs in Fredericksburg. (Courtesy Lidl)

A Germany-based grocer has accelerated its planned arrival in Richmond.

Lidl announced Thursday it will open its first 20 stores across Virginia, North Carolina and South Carolina this summer. The chain previously said it planned to open its U.S. stores in early 2018.

“It’s a unique store design. It’s a further evolution on the latest store designs we have in Europe,” Harwood said.

The design is being put into action on Staples Mill Road, where Lidl is building one of seven planned Richmond stores at 9101 Hermitage Road. Lidl plans to open as many as 100 stores along the East Coast. 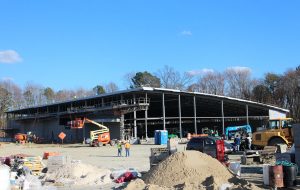 Construction is underway at one of Lidl’s seven Richmond locations at the corner of Hermitage and Staples Mill roads. (Mike Platania)

Lidl has begun hiring for 800 employees for its Virginia stores. Harwood said the company doesn’t have an exact number for how many of those jobs will be in Richmond.

Harwood said no opening dates have been set for local stores.

Meanwhile, fellow German grocer Aldi is set to open its ninth store in the Richmond area next month. Aldi announced Thursday it will open its first Chester location at 11100 Iron Bridge Road on March 16.

Yasmine Hamad and I had the privilege of seeing the design about two years ago when they contracted to buy the Charter Colony/Route 60 land and leased the site from Market at GreenGate in Short Pump.Its gorgeous. If you are a Trader Joes fan and are frustrated that they won’t open in your market, go to Lidl. Its the uber-TJ!

We would love a Lidl to open in Manchester!

Pamela, I hope you don’t shop at Food Lion or Martins either then, since they’re Dutch-owned. I don’t shop at Walmart because of the poor customer service and you always have to wait forever, plus it’s usually dirty also. Kroger is my go to, but it leaves a lot to be desired. I can’t afford to do Ellwoods or Whole Foods regularly. Can’t wait for the local food co-op to open though!