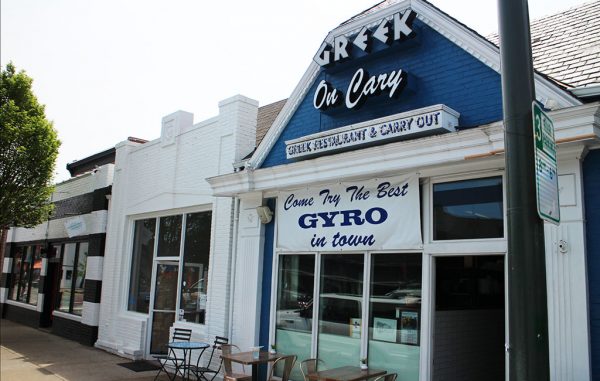 Greek on Cary is expanding into an adjacent building on West Cary Street. (Mike Platania)

Like the fillings in its gyros, a Carytown restaurant is spilling over – into more space next door.

Greek on Cary at 3107 W. Cary St. has leased its adjacent storefront, where it’s adding a bar and expanded seating area. The expansion will more than double its current space and seating capacity.

Greek on Cary owner Alex Konstantinidis said he hopes to have the space ready by the first week of May. 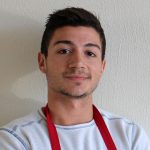 He said the restaurant plans to expand its food and cocktail menus with the new space, which will add about 80 seats.

“It’ll have a modern but rustic look,” Konstantinidis said. “We want it to be a fun, casual feel.”

Renovations are underway to connect to the two spaces with a doorway. Konstantinidis said the restaurant is handling the redesign work, and investing about $100,000 into the expansion.

Greek on Cary also plans to build out a rear patio seating area next spring.

Konstantinidis and his uncle opened Greek on Cary in 2012 as a takeout-only, gyro-only spot. Following his uncle’s sudden death from cancer in 2014, Konstantinidis said he’s taken over as sole owner of the restaurant.

“Everything we do is in his honor, we’re continuing the dream,” he said.

Awesome! I have eaten there before but hated the atmosphere. He could be as popular as Stellas if he gets the renovation right.