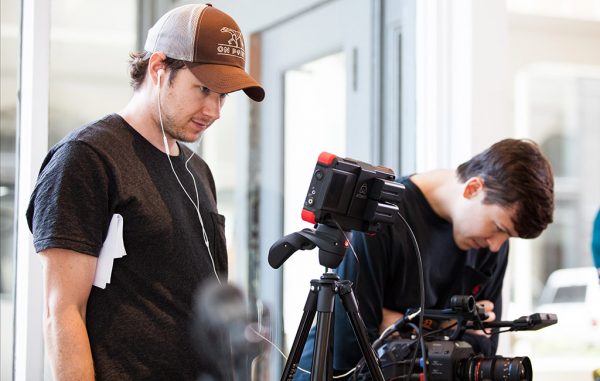 Tim O’Toole on set for a video production. (Poolhouse)

Having established itself locally with political ad work on both the regional and national level, a 4-year-old agency is putting boots on the ground in Georgia as it looks to expand its national reach.

Poolhouse is establishing a presence in Atlanta, where it is preparing to open an office that will serve as its production hub, while maintaining its downtown Richmond headquarters as its base of operations for agency work and client services.

Tim O’Toole, who founded Poolhouse with Will Ritter in 2013, said the move was prompted by Matthew Mazzone, who joined the agency as production director last year and wanted to move back to Atlanta, his hometown.

“So much of what we do we can do here in our headquarters in Richmond, but there’s something to be said about pounding pavement and meeting people in person and having a presence in the city,” O’Toole said of Atlanta. “It’s a great production town.”

O’Toole said the firm is working to secure office space in Atlanta, where it expects to benefit from the city’s film studio and production crew base. Mazzone will lead the office, which will include an additional hire.

While Poolhouse’s client base includes companies and brands, such as the National Association of Manufacturers and microprocessor manufacturer Brewer Science, it has gained a reputation for ad and campaign work for Republican political candidates. Notable clients have included Florida senator and presidential candidate Marco Rubio, Iowa Sen. Joni Ernst and Virginia gubernatorial candidate Ed Gillespie.

Locally, O’Toole also crafted TV ads last fall for Richmond mayoral candidate Jack Berry. Those ads were produced through O’Toole’s side company, TPOT, with support from Poolhouse and local production studio MadBox, which has extended its reach southward as well with feet on the ground in North Carolina. 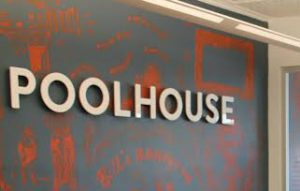 Poolhouse will keep its headquarters in Richmond on West Broad Street.

O’Toole would not say which candidates Poolhouse is working with, maintaining that he and Ritter do not want to come across as taking the spotlight away from them.

Where he and Ritter selected Richmond in part to benefit from Virginia’s off-year election calendar, O’Toole said they likewise expect to benefit from Georgia’s current political climate and potential swing state status – evidenced this week in the special election result that produced a runoff in Atlanta’s sixth district congressional race.

“We feel like Georgia, much like Virginia, will continue to be a competitive state, even a swing state,” he said. “For us as a business, more competitive races means more potential clients.

“We’d rather keep Georgia red, but if it’s going to turn purple, we’re happy to fight for it to stay red.”

Totaling six employees, Poolhouse has enjoyed a string of recent awards while also shuffling some staff. It recently lost videographer and editor Jeff Wallace, who has taken a job as tour videographer for musical artist GoldLink. It recently added Richmond native Amanda Stark-Rankins as an account executive, and O’Toole said it has room for at least two more employees.

Earlier this year, the agency was named “Entrepreneur of the Year” by the locally based Metropolitan Business League. It picked up two Pollie Awards for its work for Marco Rubio for President and Leslie Munger for Illinois Comptroller.

O’Toole said Poolhouse will look to open offices in other metro markets in addition to Atlanta, but he said Richmond would remain its home base.

“We’re a very young company, so we don’t want to get ahead of ourselves. We’re focusing on doing the basics still and focusing on our work, and any decision of where we go is just based off of the craft and making sure our product is the best it can be,” he said.

“We’re always looking at where else makes sense, where else can we have a presence. We’re going to continue to build out our office here. This is our headquarters, and this will be our primary base of operation.”