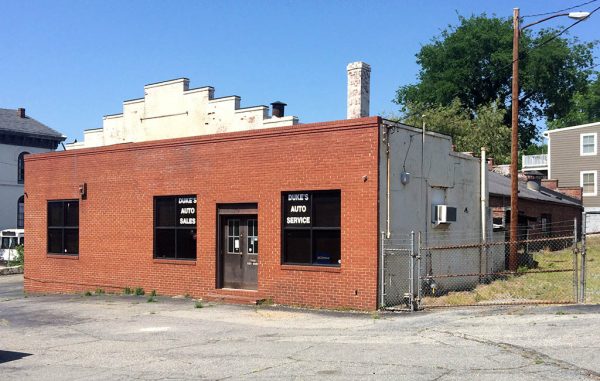 Zac Frederick is at it again.

The busy local developer, through his Crescent Preservation & Development Co., along with a group of local investors has purchased the old Duke’s Auto Electric & General Repair shop at 2018 E. Broad St.

The properties were most recently assessed at a combined $764,000, according to city records.

With the help of John White of Richmond-based 510 Architects, Frederick said his firm and business partners are trying to determine the best use for the 7,200-square-foot space.

“We definitely think that its best use will be commercial,” Frederick said. “It would be a very strong location for a market, brewery, retail or creative office space.”

Sara Williamson and William Mattox, brokers with Colliers International, represented Frederick in the deal and will handle leasing of the property once it’s redeveloped. 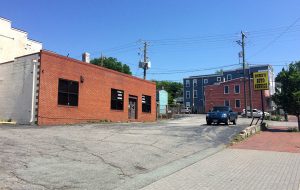 Developers plan to redevelop the building, built in 1900, for commercial use. (Kieran McQuilkin)

While no general contractor has been selected for the overhaul, Frederick said his team is wasting no time marketing the site to potential users.

Built in 1900, the building served as a neighborhood fueling station and repair shop. Its location at the corner of East Broad and North 21st streets – along major arteries that connect Union Hill, Church Hill and Shockoe Bottom – was appealing to Frederick.

“It’s in the middle of everything,” he said. “The demographics are getting more desirable and that will aide in bringing in a retailer to that location.”

Since the structure falls within a historic district, any changes to the building must be approved by the city’s Commission of Architectural Review.

The deal adds to Frederick’s portfolio of ongoing projects across the city.

Crescent’s other previous deals include the $1.92 million purchase of The Eco Flats at 613 Brook Road in Jackson Ward last summer, and the $1.2 million acquisition of the Bank of America branch building at 2601 W. Broad St. and two adjacent parcels in September.

Its good to see a Colliers alumnus doing well in the development business and continuing to use our house for his business. Congratulations Zac and keep doing it!