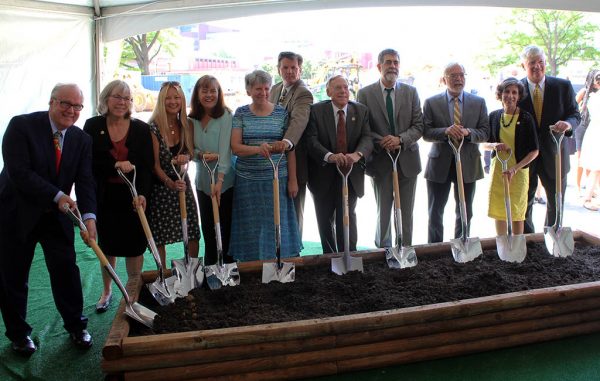 Preceded by the demolition of four 60-year-old dormitory buildings, the next addition to VCU’s MCV Campus ceremoniously kicked off construction last week.

More than 100 attendees gathered Friday for a groundbreaking ceremony at the future site of VCU’s School of Allied Health Professions building at 600 N. 10th St. The $87.3 million project will erect a 154,000-square-foot, eight-story building to bring 11 VCU Health programs under one roof. They are currently scattered in VCU buildings throughout the city.

Among those in attendance were Gov. Terry McAuliffe, VCU President Michael Rao and Cecil Drain, dean of the School of Allied Health Professions.

The Virginia General Assembly approved the project in 2016. It primarily will be funded by state-supported debt. University-supported debt will cover $10.8 million of the project budget, which includes the recent demolition of four low-rise dormitories to make way for the new building.

EYP Architecture and Engineering is the designer on the project, and Whiting Turner is the general contractor. The building is slated to open in fall 2019.

The project is the latest sign of new activity on the MCV campus. In January, Rao and McAuliffe cut the ribbon on a new headquarters for VCU’s Institute of Engineering and Medicine. 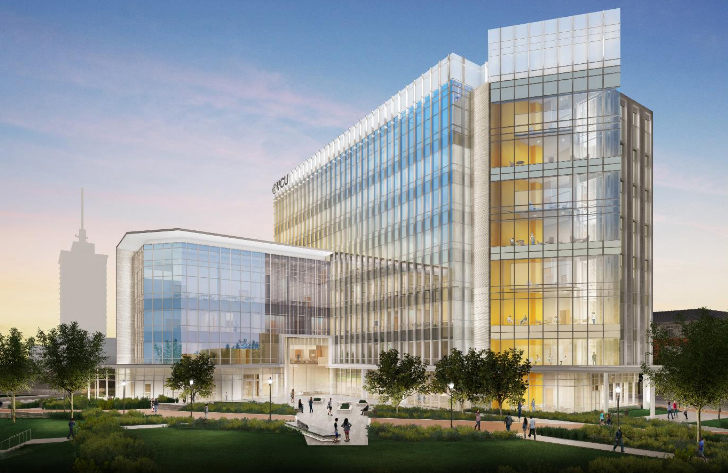 A rendering of the planned Allied Health building.

I’m not sure it would be 100% accurate to say that VCU has “saved” the City of Richmond, but it wouldn’t be far off the mark. If nothing else, its drawn hundreds of millions of dollars in investments to the City which has pushed both the rental and home ownership numbers much, much higher. The turnaround since 1998 has been remarkable. This is another example of what appears to be a gorgeous new building on the VCU campus.