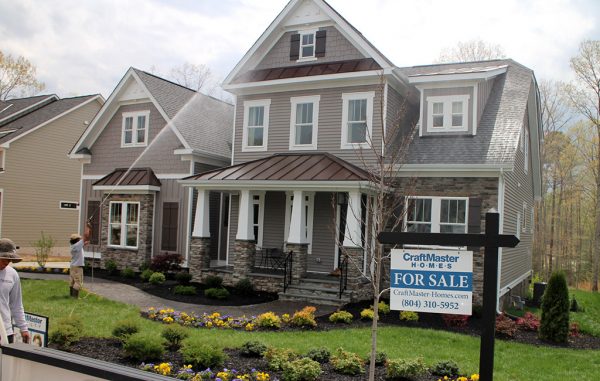 The developer’s RounTrey community in Chesterfield was the site of the annual homebuilding and design showcase in 2015. He said circumstances happened to line up for the community’s newest neighborhood, NewMarket Estates, to host this year’s event, which kicks off this weekend.

“It wasn’t something that we had ever really thought about. We had joked about hosting it again at some point, but it’s a large undertaking, and it takes its toll on everybody,” said Sowers, who in addition to hosting will be one of the event’s 10 featured builders.

Sowers, who serves on the board of the Home Building Association of Richmond, the nonprofit trade group that puts on the show, said talks about potential host communities this year once again led to Midlothian, where newer, still-developing communities like Hallsley and Magnolia Green have hosted the event the past five years.

Sowers described NewMarket Estates as the custom-home section of RounTrey’s NewMarket, a neighborhood featuring larger lots ranging from a quarter-acre to just under an acre, and home prices ranging from $640,000 to the low $700,000s. Sowers said those lots, some fronting an inlet of Swift Creek Reservoir, were just starting to be developed when the conversation of hosting Homearama turned toward RounTrey. 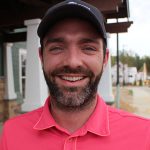 “We had multiple sections opening up right when builders were needing to get houses started, so we had the lots available, we had the builders that had interest in it,” Sowers said. “And HBAR needed a host site, so everything just worked out.”

While Homearama brings valuable publicity to his neighborhoods, Sowers said hosting it comes with expenses. The host neighborhood pays HBAR a fee to put it on: in his case, $125,000 with a $25,000 upfront deposit. On top of that, he said it typically costs between $100,000 and $200,000 to cover expenses like site prep, cleaning, landscaping, marketing, and providing parking and restrooms.

“It’s a very large undertaking for developers as well as builders, and the homebuilders association really leads the charge on everything.”

Since RounTrey hosted the event two years ago, Sowers said much has changed, including the development of NewMarket and NewMarket Estates, contributing to about 400 developed lots and 170 houses built. A 100-lot section that opened last summer is complete, and Sowers said another section of 106 lots just opened up. Work also has begun on a model home court.

Other improvements have included a 3/4-mile extension of Woolridge Road, providing a connection between Watermill Parkway and Old Hundred Road. The recently completed, $3 million project includes a pedestrian tunnel underneath the road.

And construction is wrapping up on one of two planned clubhouses – the first of which cost $3 million to build. 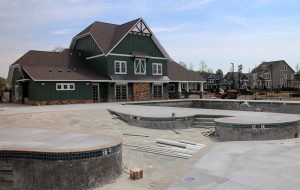 A preview event for residents was held last weekend, and the clubhouse and pool are set to open Memorial Day weekend. A second clubhouse planned in NewMarket is set to start construction this fall.

RounTrey, totaling 650 acres, is planned for as many as 1,300 detached home sites, 440 townhomes and more than 250 acres of commercial, retail and office space. Of those single-family lots, NewMarket is planned to total 400.

A significant portion of those costs is a planned extension of Powhite Parkway, which Sowers said has increased from the $7.5 million estimate two years ago. He said discussions are ongoing with Chesterfield County administrators on how to address that part of the project, which he said is required before commercial development can get underway.

Homearama homes will be open Thursdays through Sundays May 6-21. A sold-out preview gala will be held this Friday.

Correction: The fee Sowers paid HBAR to host Homearama was $125,000 with a $25,000 upfront deposit. A previous version of the story included an incorrect deposit amount. The story was also revised to clarify the additional expenses he said he pays to host the event typically range from $100,000 to $200,000.