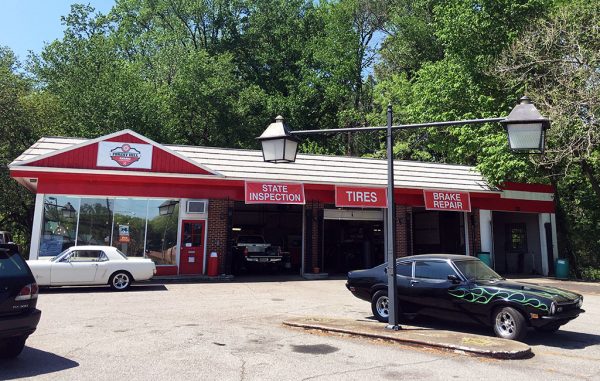 While house-flipping is an increasingly popular entrepreneurial endeavor, two local business partners are doing a different sort of flipping.

Granger, a self-described serial entrepreneur with an affinity for auto shops, said she and Henderson purchased the business for just over $500,000 in December 2016. The pair also owns Grease Monkey at 8509 Staples Mill Road and Cutshaw Automotive at 3105 Cutshaw Ave. in the Fan.

“We treat it as a turnaround,” Granger said. “The goal is to own five garages in the next few years.”

After seeing Forest Hill Garage listed for sale on Craigslist, Granger said she acted quickly in acquiring the business. With her master’s degree from UVA, Granger said it was never her dream to get into garage-flipping, but the opportunities were too good to turn down.

“We look for a mom-and-pop shop on good property,” Granger said. “So we can come in, put some lipstick on the pig and do some better marketing. Things that, typically, shops that’ve been around for a long time haven’t been doing.”

Granger said the pair’s exit strategy is to sell the garages to larger garage chains after about five years. She said they’re on pace to see a full return on their Forest Hill investment in just over a year.

Henderson said they’re also under contract to purchase the 37,000-square-foot parcel of land Forest Hill Garage sits on by the end of the year.

Granger formerly was CEO of online interior design startup MyDesignGuide, which folded in 2015.

I appreciate the candor, but I don’t know that I would come right out and say my business plan was to put lipstick on a pig. Might devalue the property a bit in the eyes of potential buyers.

My mom and dad have been using that repair garage fr many years – long after they moved from Stratford Hills. The reason they would drive so far from the west end was because this was a good mechanic shop – quality work at a fair price. The comments made by the new owners are crass and leave me with concern for their future – the shop might need to be cleaned up, but I bet all the good mechanics will leave and the prices will go up, up, up! Good luck.

Yeah I have to agree with the other commenter, very poorly worded responses by the buyer. Also why would I want to establish a relationship with this shop, or any shop they own, knowing they’re just going to flip it and sell to someone else. Not a good business model if you ask me as far as customer retention is concerned.