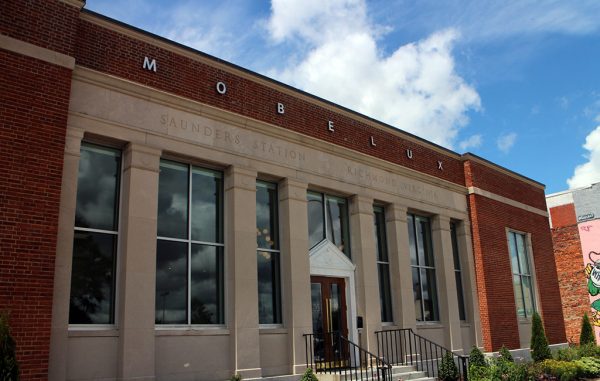 The for-hire firm purchased the 80-year-old, 12,000-square-foot building in 2015 for $812,000, according to city records. It moved into the space in December, vacating the Corrugated Box Building in Manchester, and held a “grand rededication” at its new digs last week.

Mobelux employs 35 people, up from 25 in 2015, and co-founder and President Jeff Rock said Saunders Station allows it to accommodate up to 50.

“We’re celebrating our ninth birthday this year and this was the goal. By 10 years we wanted to have our own building like this,” he said.

Upstairs, Saunders Station now features a wide-open workspace and conference rooms. Mobelux turned the basement’s boiler room into a leisure space with a billiards table, as well as small movie theater with reclaimed seats from the former Westhampton Theater. 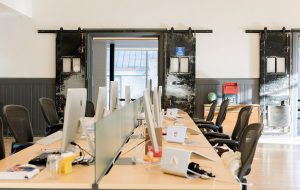 The building was assessed this year at $2.13 million. Rock did not disclose renovation costs.

Mike Smith Inc. was the general contractor, with Bob Steele of Beyond Ordinary Boundaries as the architect. Union Bank helped finance the purchase, and the project was eligible for historic tax credits.

Life in an old post office isn’t without its quirks, Rock said – old habits are dying hard for some of the building’s previous patrons.

“We have about two dozen people a day come here to check their mail still,” Rock joked. The USPS has since relocated that neighborhood office a few doors down.