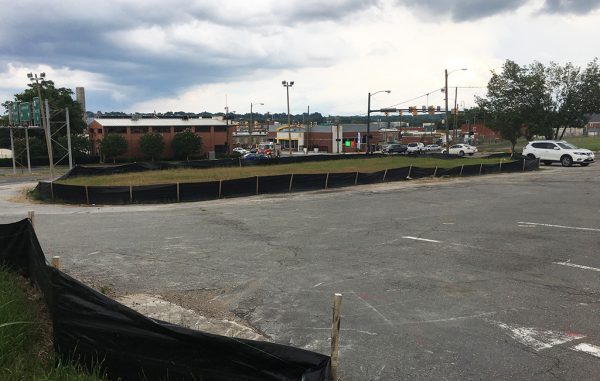 It took only about a year for the empty lot of a former fast-food joint in Manchester to get snatched up.

It paid $650,000 for the 0.62-acre property near the intersection of Hull and Commerce streets. The deal closed May 31. The seller was Franchise Realty.

Rob Hargett, a Rebkee principal, did not return calls seeking comment Friday afternoon. No site plans have been submitted to the city.

The former McDonald’s on the site was razed three months ago after the fast-food chain constructed and opened a restaurant across the street, at 700 Hull St.

It’s Rebkee’s first purchase in the Southside neighborhood, according to property records, and comes in the midst of two large projects elsewhere in the region.

The firm is part owner of the group redeveloping Regency Square mall in the West End, where they recently announced deals in the works with tenants including Regal Cinemas, MOD Pizza and Chipotle.

On Boulevard, Rebkee, along with developers Steve Leibovic and Dan Gecker, are planning a 63,000-square-foot, three-story office building on the former Interbake site, part of which the group developed into the Cookie Factory Lofts.

Its an important corner in Manchester and I suspect that Rebkee will treat it well. I guess we’ll learn soon enough their plans for development?