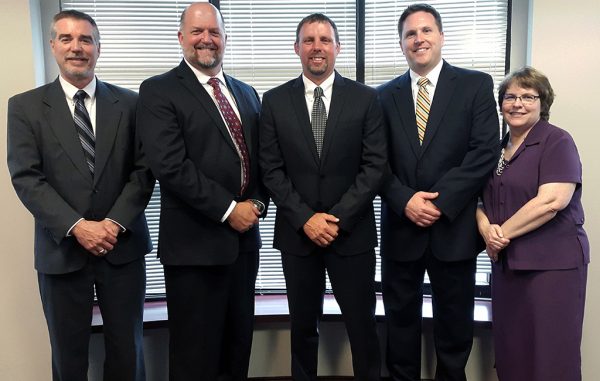 A trio of local engineering companies has tied the knot.

The deal closed earlier this month and was announced last week. Terms were not disclosed.

Greg Koontz, president of Koontz-Bryant, said the deal was about a year in the making.

“It’s pretty neat when you can take three companies, with all their services, and put them together and not lose a single employee,” said Koontz, who will serve as president of the combined firms.

After starting as a surveying company in 1990, Koontz-Bryant has gone on to specialize in civil engineering and landscape architecture.

Geo-Solutions was started by Brent Johnson in 2006 as a geotechnical and environmental engineering firm.

Willmark Engineering is a civil engineering firm started in 2007 by Mark Williams.

In addition to Koontz as president, George Bryant of Koontz-Bryant, as well as Johnson and Williams, will be vice presidents of KBJW. They are each shareholders of KBJW.

Willmark will move into Koontz-Bryant’s corporate office at 1703 N. Parham Road, and Geo-Solutions’ office at 11901 Old Stage Road in Chester will remain open as a branch.

Past clients of the firms include Christopher Newport University, Mary Washington University and Magnolia Green.

This slimmed down version of George looks really good in a suit. Congratulations to all of you. Greg and George have always run a tight ship in the civil engineering field.