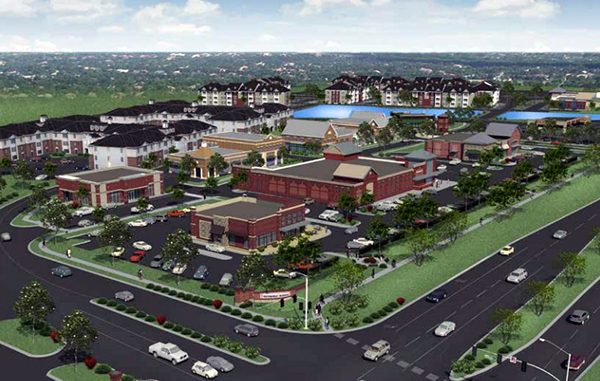 After being on and off the Chesterfield County Board of Supervisors’ docket for more than a year, a long-planned and highly debated mixed-use development in Midlothian must wait yet another month to learn its fate.

The supervisors delayed making a final decision on the proposed Winterfield Crossing development, which would include 250 age-restricted apartments and 100,000 square feet of commercial space stretching along 25 acres of Midlothian Turnpike west of Winterfield Road. It was pushed to the next meeting in July.

The project, proposed by Blackwood Development, has encountered multiple roadblocks since it was introduced in 2015 and failed to find support from the Chesterfield County Planning Commission in January, citing concerns related to the development’s density cap and potential impact on infrastructure and roads, as well as the buildings’ design.

Blackwood’s attorney, Andy Condlin of Roth Jackson, said only minor issues had been addressed at the most recent community meeting on June 21.

“We will be using the next 30 days to respond to community issues,” he said, but added that he doubted there would be many concerns moving forward.

At the meeting, board members echoed Condlin’s sentiment. In response to a Midlothian citizen’s concerns about deferred projects, supervisor Leslie Haley and Chairwoman Dorothy Jaeckle spoke in favor of the project. 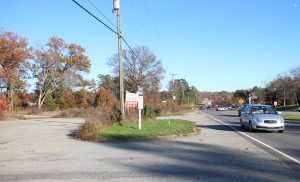 Another zoning request that stirred debate at Wednesday’s meeting would allow a two-year conditional use permit for the operation of a group care facility in a residential area off Midlothian Turnpike.

The applicant, Cleveland Taylor, began operating H.O.P.E. House at 114 Fairwood Drive in March 2016 as a means to provide a transitional group home for adolescent boys ages 13-17.

Several citizens and neighbors came forward to commend Taylor’s efforts. Others cited concerns with safety, as well as property values and potential business violations on the part of Taylor.

Haley, as a compromise to both the neighbors’ and Taylor’s mission, suggested that the permit be shortened to one year. It was approved unanimously.

Other projects addressed were two developments backed by Douglas and Susan Sowers. A first request to waive cash proffers and zoning rules related to side yard setbacks on a residential development, Collingwood East, was deferred for 60 days.

A second zoning request by the Sowers’, however, was approved, allowing a 3.1-acre parcel of a 32-acre tract of land at 3804 Weatherbury Lane to be zoned from agricultural to residential. The parcel is proposed to be developed as a single-family residential neighborhood. The measure passed without controversy.

That is the best looking mixed use plan in all of Midlothian. They are finally getting the village concept they strived to have for the last 100 years. It’s time to get past this entitlement process and begin construction. The Market rate class A apartments begin building this in July. Let’s get the commercial component in place too!

Is this really a “mixed-use” project or is it a some commercial uses next to some apartments. This is exactly what used to be done, but by including it all on one parcel they now call it “mixed-use” because that is the new buzzword for development. When I think of true mixed-use I think of residential or offices over commercial. In other words a vertical mixture of uses and not a horizontal arrangement of uses, which is pretty much what the suburbs have always been.

David, your point is very accurate in describing the differences between the urban and suburban models of community development. In Another article today in BizSense, Monument and Chris Tsui are planning the urban model of mixed use with residential above a restaurant. They enjoy the convenience of local garage parking and mass transit at their doorstep. The suburban model has to deal with the need for more parking. Retailers need parking spaces in front of their doors and they need rooftops that can be easily served if possible without the need for seas of asphalt, ala Westchester Commons. In contrast… Read more »