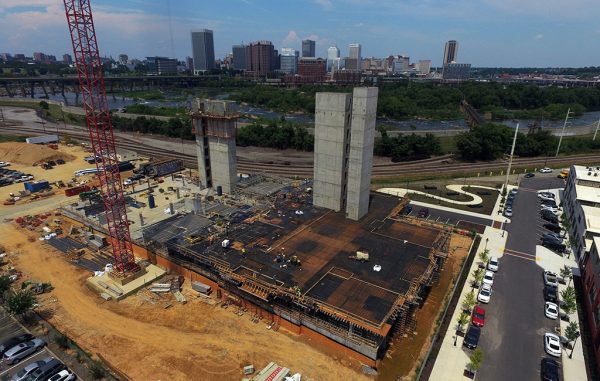 Two local development groups have secured financing to continue plans for a pair of large apartment complexes around Manchester.

Developer Tom Wilkinson said last week his Maramjen Investments closed on $32 million in financing for its conversion of the former American Tobacco building at 800 Jefferson Davis Highway, where 134 apartments and dozens of artist lofts are planned.

Wilkinson said the total cost for the first phase of redevelopment is $32 million.

A portion of the funding will come from $13.85 million in tax-exempt bonds issued through Richmond Redevelopment and Housing Authority for the project, Wilkinson said. BB&T Capital Markets orchestrated that side of the funding.

The project will qualify for $17 million in low-income and historic tax credits to be paid out in installments and used as equity. In the meantime, Cedar Rapids Bank & Trust provided a $9 million bridge loan that gets repaid as equity payments are received, Wilkinson said.

With much of the interior mitigated, Wilkinson said phase-one construction work is about to begin on 66 one-bedroom units, which he hopes to complete by December. The remaining 67 two-bedroom units and a three-bedroom unit are planned to be ready for residents by June 2018. 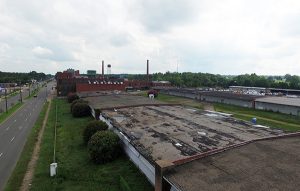 Rents for a one-bedroom unit are set at $815 per month, which includes utilities, internet and cable, Wilkinson said. A two-bedroom unit is set to cost about $980 per month.

The second phase calls for construction of dozens of flats that will be leased as workspaces for artists, in a section called Richmond’s Artist Space. It would be financed separately from the rest of the project, with construction planned to begin in the first or second quarter of 2018.

The workspaces will be leased by One South Realty.

A couple miles closer to the river, another set of developers also have secured construction financing.

Blundon said additional costs not covered by the bank will be split between Blundon’s CMB Development and Purcell Construction.

The residential tower is part of the 17-acre City View Landing development. Once completed, the tower will include 213 one- and two-bedroom apartments. Other amenities include a rooftop deck, a pool, storage and a fitness center.

Purcell Construction is serving as general contractor, which plans to deliver the building for occupancy by either late spring or early summer 2018.

The action in Manchester is incredible and here are two developments on opposite end of the rental scale. While Blundon and Purcell reach for the sky with the most awesome views and maybe the highest rents in the City, Wilkinson is extending the City residential component further south for new workforce housing. Some say that there’s “always room at the top” and I expect the new river view apartments to find that location. Wilkinson’s persistence and patience for the American Tobacco Company deal has finally paid off too. Congratulations to all, including Mike Lowry of NorthMarq for his hard work.

Thanks, Bruce, I appreciate your comments.