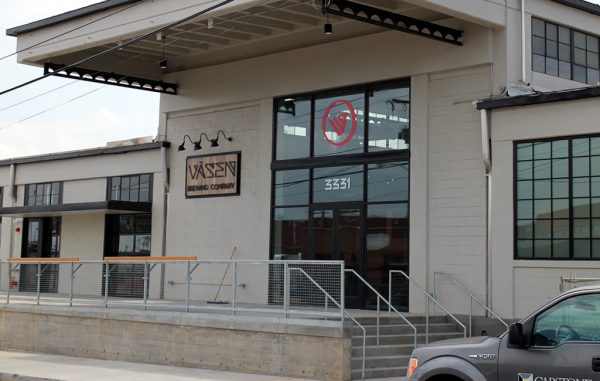 It introduced four beers since opening, all of which are being distributed: a smoked farmhouse ale, sour saison, vanilla dubbel and passion fruit saison.

“It’s a more personal relationship we can strike,” Winters said. “A lot of the owners of these (restaurants) came to us and said that’s the one that’ll do really well for us.”

“We met the big ones, and they control a lot of the events in the city. We want our beer at every event we can, not just theirs. It’s a lot more groundwork on our end because (Hop House) doesn’t have a huge marketing budget or events budget,” he added.

While it’s currently only rolling out kegs, Winters said, Vasen will fill bottles and cans once its own line is ready at its 17,000-square-foot facility in six to eight months.

With autumn approaching, new beers are getting ready to hit Vasen’s taps, including a session saison, sour stout, wheat beer and gose.