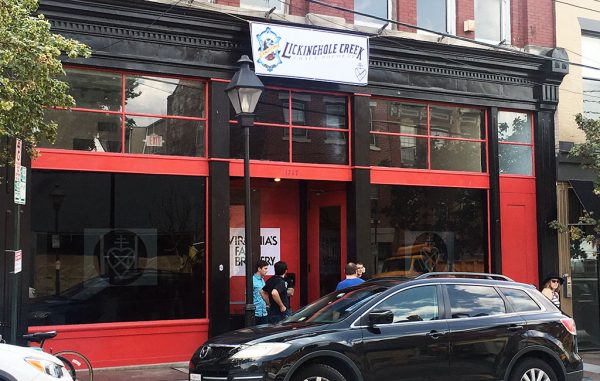 Changing course from a previously announced expansion into Lynchburg, a local brewery is making a detour into Shockoe Bottom.

Lickinghole Creek Craft Brewery is opening a brewpub at 1717 E. Franklin St., just around the corner from the 17th Street Farmers’ Market, which is in the midst of a long-awaited renovation.

The Goochland-based brewery is aiming to open the outpost, dubbed Lickinghole Goodwater, in late November. The 6,000-square-foot space will house a seven-barrel brewing system. Co-owner and CEO Lisa Pumphrey said it also will have a bar and serve food.

“This is going to be an experimental location, but I’m not going to pigeonhole myself to one style of beer,” she said.

The expansion into the Bottom comes three months after Lickinghole announced a $14 million expansion that will add 50,000 square feet of production space to its farm brewery at 4100 Knolls Point Drive, as well as a taproom in Lynchburg.

Pumphrey said the company decided to open the taproom in the Bottom in lieu of Lynchburg, but hasn’t ruled out a future location there.

“We’re pulling back from Lynchburg,” she said. 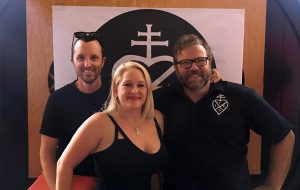 On immediate plans, co-owner Adam Stockton said: “We’re still going to do an expansion at our farm, but what we’re going to do first is get (the Shockoe location) up and running,”

Stockton said the brewery also will add a pavilion and taproom expansion at the Goochland site, which opened in 2013.

With the new 17th Street Farmers’ Market scheduled to be finished in spring 2018, Pumphrey said, momentum in the neighborhood drew her company to Shockoe Bottom.

“This area really needs an anchor, and we think Lickinghole Creek can really help revitalize this area, especially with the farmer’s market starting to be revamped as well,” she said.

The first beer brewed at the new spot will be called Nine Mile IPA, named for the town in Jamaica in which Bob Marley grew up.

Lickinghole will use a portion of proceeds from the new taproom to support places in need of clean water and wells through Goodwater, a nonprofit it’s establishing.