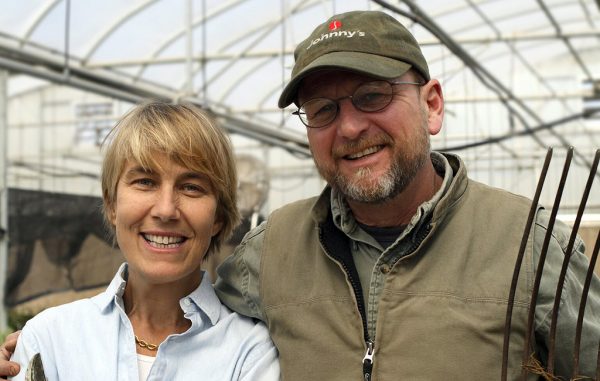 Briscoe and Kenan White have been helping others break ground on their gardens for decades. Now, the married couple is doing some groundbreaking of their own.

Their online herb and plant retail business, The Growers Exchange, has begun construction on a 21,500-square-foot home base at 951 Techpark Place in Henrico’s Tech Park Place business campus.

Founded by the Whites in 1985, The Growers Exchange is an online herb and plant vendor, selling over 175 herbs.

Kenan White said the new facility will bring all the company’s operations under one roof, including its growing, offices, and packaging.

It currently grows herbs at a 13,000-square-foot nursery on the White’s family farm at 11110 Sandy Fields Road in Charles City and leases office space in the Fan.

The new space is expected to cost $2.4 million and is slated to open by spring 2018. Taylor & Parrish Construction is handling the build, with Jim Byerly of Huff-Morris Architects as the designer.

The Growers Exchange has a staff of roughly 11, and White said it anticipates adding workers when the new facility opens.

The firm has been an online dealer since 2005, when it shuttered its Carytown brick-and-mortar as the likes of Kroger and Home Depot began selling herbs. White said through the years it has built a loyal base of online customers, and recently began selling directly to restaurants nationwide.

“Inventory control is a challenge when your product can take four weeks to grow and re-stock,” White joked.

He said the company grew 15 percent in 2016, due in part to being one of the only online retailers selling rare and unusual herbs.

“We’re a niche market. People buy them for all sorts of reasons – medicinal, religious, culinary,” he said.

The Whites have a background in real estate development and teaching. “The expansion will take the company from a mom-and-pop shop into a real small business,” Briscoe White said.

Added Kenan: “We’re both 60 and should be retiring, but we’re not and here we are.”