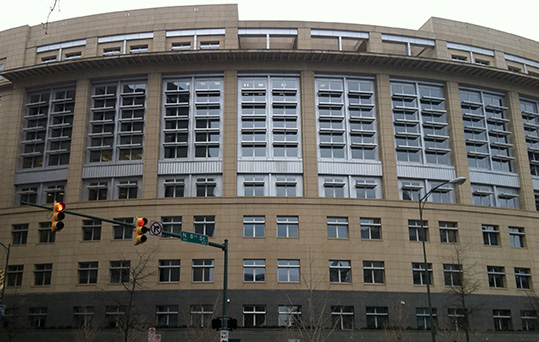 The company keeps an address in Chester and Chesterfield and handles commercial construction, according to online listings.

It’s represented in its bankruptcy case by attorney Alex Burnett of Williams Mullen, who declined to comment on the filing.

Its initial bankruptcy filing listed $673,000 in assets and $2.57 million in debts. The company is run by CEO Frank Gilley, who is listed as a creditor for deferred compensation.

The bulk of its assets are tied to a $667,000 claim that Ironbridge filed against a contractor in Richmond Circuit Court in August 2016.

Most of its liabilities – $1.8 million – are related to a settlement from a performance bond claim, which the company disputes. It also is disputing outstanding construction contracts and penalties claimed by the IRS.

On Aug. 31, Peak 3 Construction LLC, which does home renovations and custom building, filed for Chapter 7.

The company lists a home office in the Bellevue neighborhood.

The bulk of its nearly 50 creditors are unsecured, consisting of mostly contractors, vendors and lenders. Its largest debts are unsecured commercial loans owed to Union Bank.

It also shows the company was sued six times over the course of 2016 and through this year. It had several outstanding jobs on homes mostly around the West End as of the filing date.