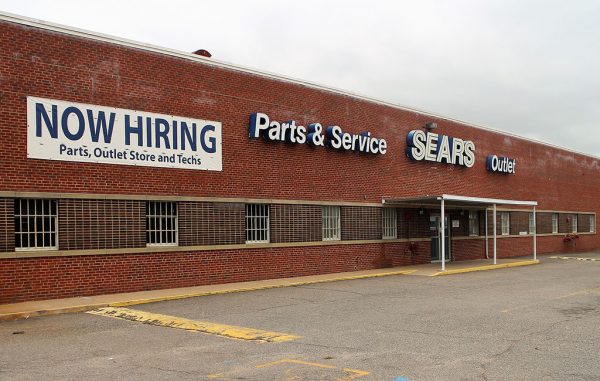 A real estate remnant of a national retailer with a shrinking local footprint has struck a deal to be snatched up by two of the most active development firms in the region.

An entity tied to Rebkee Co. and Fountainhead Properties last week purchased the 196,000-square-foot Sears outlet and parts and service building, along with a surrounding 12-acre property, at 4100 Tomlynn St.

The transaction also included about 14 acres of undeveloped property next door at 2308 Westwood Ave.

The group paid a total of $6.5 million for the properties, just west of Scott’s Addition over the Henrico County line. The deal closed Sept. 14, according to county records.

No plans have been filed for the site with the county. Fountainhead Properties’ Rick Gregory and Rebkee’s Rob Hargett did not return calls seeking comment Monday.

The seller in the deal was Innovel Solutions, an entity tied to the address of Sears Holdings’ freight and truck operations in Illinois. Calls and emails to Sears Outlet’s headquarters in Illinois were not returned Monday evening.

The building still houses an active Sears distribution warehouse and a 30,000-square-foot Sears Outlet store – one of the few Sears-branded locations left in metro Richmond. The retailer announced this summer it would close its store at Regency Square. The West End mall is owned by an investor group that includes Rebkee.

The investment indicates Rebkee and Fountainhead may be gambling on the momentum of nearby Scott’s Addition bleeding westward.

The Sears site is located near the city-county line and makes the two development firms some of the largest property owners in the Dabney business park area – a location brimming with a mix of office and industrial users.

With continued growth in Libbie Mill, a mixed-use development along Staples Mill Road, and an effort to roll the GRTC Pulse bus rapid transit line into Willow Lawn via West Broad Street, the area is ripe for redevelopment.

And both firms are equipped for such investment.

While Rebkee’s other local projects include the $35 million redo of Regency Square with Thalhimer Realty Partners, Fountainhead is known for The Locks, a massive development along the canal downtown that soon may add a 10-story Hyatt Place Hotel to the development.