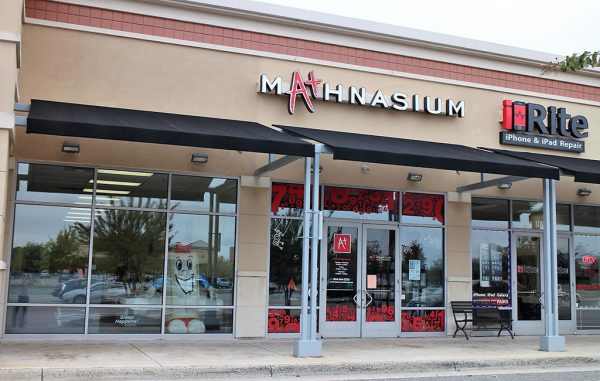 Poke Sushi Bowl is taking over space being vacated by Mathnasium in the Downtown Short Pump retail center. (Mike Platania)

A trending sushi bowl concept gaining traction across the country is preparing to roll into the Short Pump dining scene.

Charlottesville-based Poke Sushi Bowl is planning to open its first metro Richmond location in 1,200 square feet set to be vacated by the Mathnasium Math Tutoring and Learning Center in the Downtown Short Pump retail center.

Phung Huynh and her husband Bo Zhu are behind the restaurant, which opened its first location in the heart of Wahoo country in August 2016.

Huynh said Poke (pronounced “poké” or “po-kay”) is set to make its Short Pump debut in late December or early January. The restaurant will be the couple’s third in Virginia, having recently opened in Fredericksburg.

A cuisine with Hawaiian origins, poke, which means “to cut or slice,” is traditionally a bowl of marinated, cubed ahi tuna mixed with rice and greens.

“It’s basically a large sushi roll served in a bowl,” Huynh said. “That’s why we put the ‘Sushi Bowl’ context next to the traditional name of the dish in the title … to give people an idea of what poke is.”

Patrons can customize bowls with meats that include grilled chicken, ahi tuna, eel, crab meat, tofu and shrimp, Huynh said. It will be served on top of a base that includes mixed greens and white or brown rice. 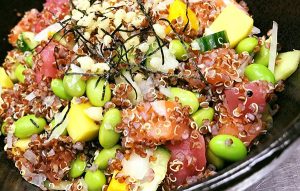 Other mixable ingredients include quinoa, kale, seaweed, cucumbers, edamame and mango. The bowls are topped with house-made sauces such as a sweet/hot sauce, ginger wasabi and shoyu sauce.

There will be a few signature bowls on the menu, Huynh said, including the Corner, which comprises salmon, mangos, cucumbers and avocados mixed with sweet/hot sauce and topped with eel and sesame seeds.

Popular on the West Coast, poke bowls have been finding their way into restaurants out east, mostly in larger metros like New York City, Philadelphia and Washington, D.C. Huynh said Poke Sushi Bowl has been received well in Charlottesville, and expects the same for its Short Pump location.

“People in the area are very health-conscious, and that’s important as to why we selected this location,” she said. “We think we are going to be a great addition to Short Pump.”

She said they plan to hire five to six people for the new spot, and would not disclose the amount they are investing in the space.

“It’s a small space because we don’t do any deep frying, that kind of thing,” Huynh said. “We prep everything out in the open.”

Several new restaurants recently have made their way into the shopping center. Poke Sushi Bowl joins new arrivals World of Beer, which is outfitting the former T.G.I. Friday’s location, and YaYa’s Cookbook, which opened this summer.

Elsewhere in Short Pump, additions to the dining scene include Red Salt, Mellow Mushroom and The Daily Kitchen & Bar – all in the GreenGate development.