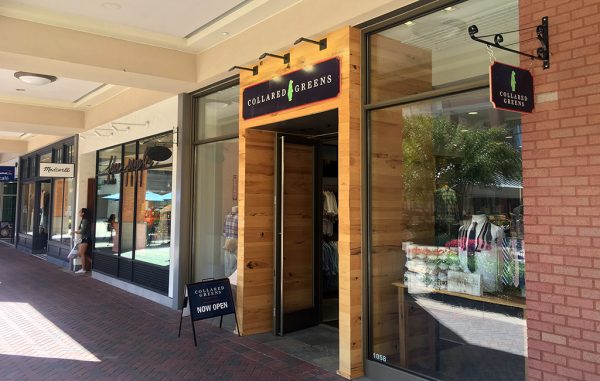 The bow tie count is about to go up at one of Henrico’s busiest malls.

The store replaces its previous spot in the Libbie-Grove corridor, which Collared Greens had operated since 2013.

CEO Mason Antrim said the Short Pump store originally was set to be upstairs near L.L. Bean, but landed downstairs in a 1,600-square-foot space on the mall’s main level, bookended by women’s clothing store Free People and the mall services office.

The shop is open during regular mall hours – 10 a.m. to 9 p.m. Monday through Saturday and 11 a.m. to 6 p.m. Sunday. Those are longer days than on Grove, where it was open 11 a.m. to 5:30 p.m., and Antrim said the increased hours warranted the addition of five employees to his retail staff, adding to eight employees at the company’s Henrico office.

Antrim said the former location at 5707 Grove Ave. served mostly as a showroom, because e-commerce and wholesale are big parts of Collared Greens’ business.

“For us, having this flagship location here in Richmond has been a great way to release new product and garner immediate feedback from our shoppers,” Antrim said.

With the upcoming holiday shopping season, Collared Greens has grabbed one of the final available suites in Short Pump Town Center. The 1.3 million-square-foot mall, which opened in 2003, has more than 140 tenants and is 98 percent leased.

[…] The mall has over 140 tenants and 98 percent occupancy, with locally based men’s retailer Collared Greens the latest to snag a […]