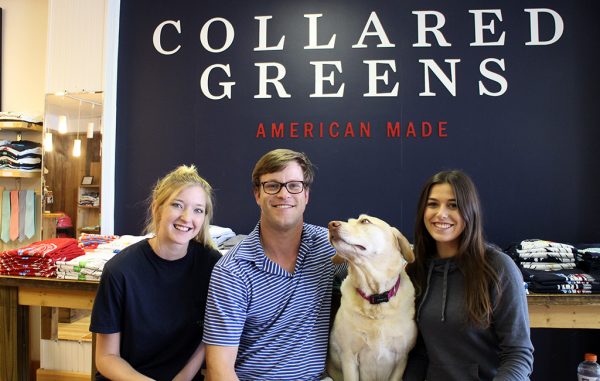 Collared Greens, which built its name around bow ties, neckties, cummerbunds and polo shirts, is moving its store from 5707 Grove Ave. to Short Pump Town Center.

It will open in the mall Oct. 1, taking 600 square feet on the second floor, adjacent the former food court and current L.L. Bean store.

CEO Mason Antrim said the move will test how the brand performs in a different area of Richmond retail that gets more traffic, adding that wholesale and online sales make up a majority of the company’s revenue.

“Getting more eyeballs on the storefront is worth the whole thing,” he said.

“Retail is a small part of our business. The store’s been mostly a showcase for us,” Antrim said. “Taking a small chance on retail is a beast in itself, but it gives us perspective on what’s facing our wholesalers, it gives us that direct-to-consumer info, which is great.” 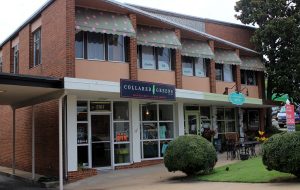 He said foot traffic has slowed for the company on Grove, some of which he attributes to fewer parking spaces in the neighborhood caused by construction of a mixed-use development on the former site of the Westhampton Theatre.

“The side of the street I’m on has always been slower when it comes to foot traffic, and the lease and rent accommodates it. But as soon as they started taking parking away, no one shows,” Antrim said.

Collared Greens was founded in 2009 in Sun Valley, Idaho, and moved to High Point, North Carolina, in 2011. It opened the Grove shop in 2013 and moved its headquarters there in 2014. The firm wholesales to more than 300 retailers nationwide and boasts American-made men’s and children’s clothing.

It employs eight people, mostly at a Henrico office, but Antrim said he’ll add retail positions at the new store.

The company is liquidating some inventory at the Grove location, which Antrim said will close in late September.

Collared Greens is the second menswear brand to leave the Libbie-Grove corridor in recent months. Ledbury shuttered its Westhampton showroom in early 2017 following the opening of its flagship store downtown.