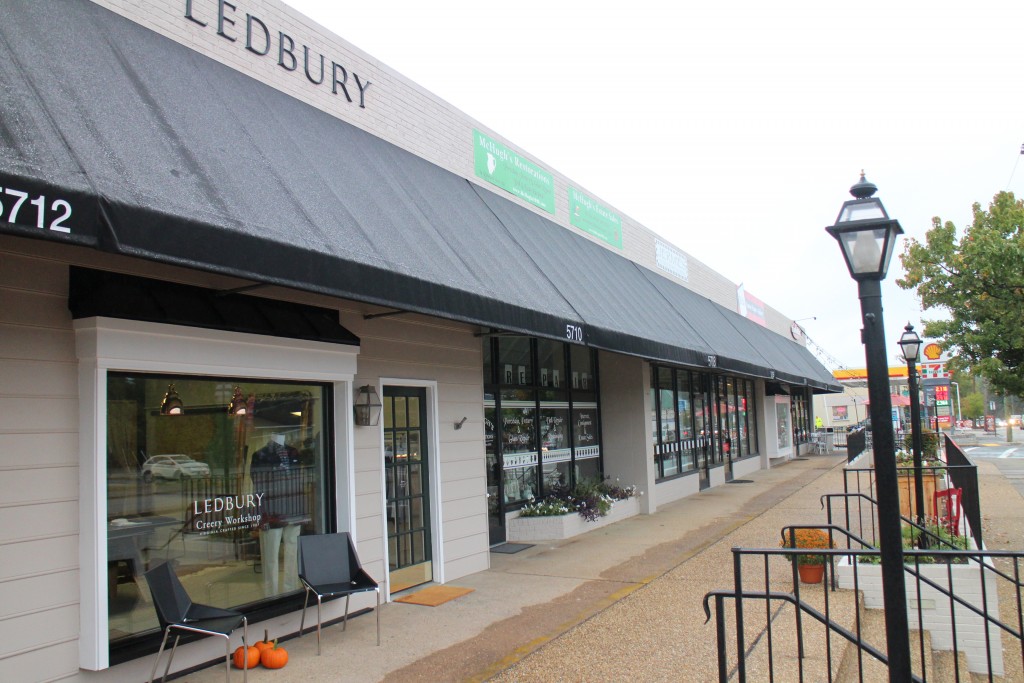 Ledbury at 5710 Patterson Ave. in the West End will close this week.

Some prime Patterson Avenue retail space is opening up as a local shirt maker consolidates its West End outpost into its new flagship store downtown.

Ledbury’s shop at 5710 Patterson Ave. will close at the end of this week, co-founder and CEO Paul Trible said. The men’s fashion brand took over the storefront in 2015 after acquiring longtime occupant Creery Custom Shirts.

Creery specialized in bespoke and made-to-measure shirts, and Ledbury carried on the tradition in the space under the name Ledbury Creery Workshop. But with the opening of its new headquarters and retail home at W. 315 Broad St. in the fall, the company no longer needed two locations in town.

“Once we launched the flagship store, we brought (tailoring and bespoke shirting) in there,” Trible said.

He said the Broad Street store has been a success, and its retail sales are up about 50 percent from its old location in Shockoe Slip.

Ledbury is one of numerous retailers finding success at the intersection of East and West Broad Street, joined recently by a boot maker, a chocolate shop and an ice cream shop.

Ledbury also has a showroom in Georgetown in Washington, D.C. Trible said the company is looking at additional retail sites, including in New York and Atlanta, but nothing is official.

The 1,400-square-foot Patterson Avenue space is leased and managed by Jones Realty and Construction Corp. It sits a few doors down from the intersection with Libbie Avenue.