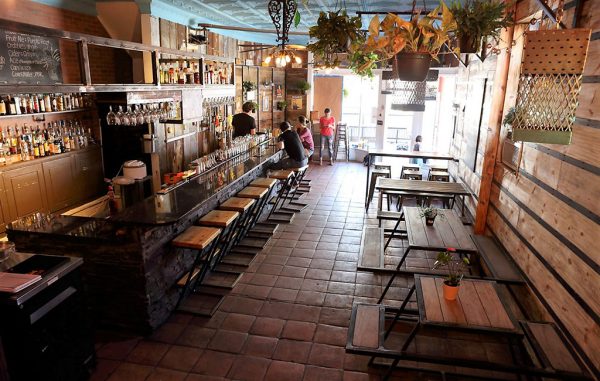 For his newest venture, a member of a busy local restaurant family is veering away for the first time from his clan’s penchant for Thai food.

A play on the idea of a picnic, Kiatsuranon and chef Alex Bailey want to bring the outdoors inside, while offering patrons a wide spread of international flavors.

The décor and design from Fan Noodle Bar – which Kiatsuranon shuttered a month ago after four years in business – has been shredded and transformed to look like an outdoor park, with picnic tables, soft overhead lighting and natural wood flanking the walls.

“This is the first time that I’m not doing a Thai concept,” Kiatsuranon said. “We wanted to do something different and we think this is the right fit.”

Through a menu of small plate items, Bailey said, the idea behind the dishes is to give diners a wide range of options. 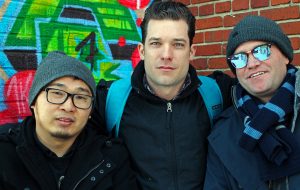 “We want the menu to take people on an international excursion in the park,” Bailey said.

Pik Nik is targeting an Oct. 18 opening, Kiatsuranon said. It will hold a soft opening Oct. 16-17 for dinner service only.

Much of the former Fan Noodle Bar staff has merged with My Noodle & Bar at 1600 Monument Ave., owned by Kiatsuranon’s brother, Sonny.

The duo, along with their mother Sukanya Palaart, also owns YaYa’s Cookbook, another Thai restaurant in Short Pump. The family also owns Mom’s Siam in Carytown and Mom’s Siam 2 in Shockoe Bottom. Joe is also a co-owner of Sabai, near the corner of Broad and Boulevard.

Pik Nik has been about four months in the making, Joe said.

“I started making the tables and the bar stools for this place because I had an idea of what I wanted this location to become,” said Joe, who has crafted much of the restaurant’s furniture from his garage.

“That’s going to happen over time,” he said. “Right now the focus is to get open.”

Pik Nik’s drink menu will include seasonal cocktails, many named after local parks. The Brown’s Island, for example, is made with bourbon infused with black peppercorn, rosemary, clove, anise, cinnamon, orange zest and honey, barrel-aged with a peach lemon hibiscus tea.

Pik Nik hours are set for 4 p.m. to 2 a.m. Monday through Sunday for dine-in and takeout.

[…] Fit Studio opened at 2309 W. Main St. in the spring, while restaurants Mean Bird and Pik Nik have opened in the former Stick To Go Go and Fan Noodle Bar buildings, […]