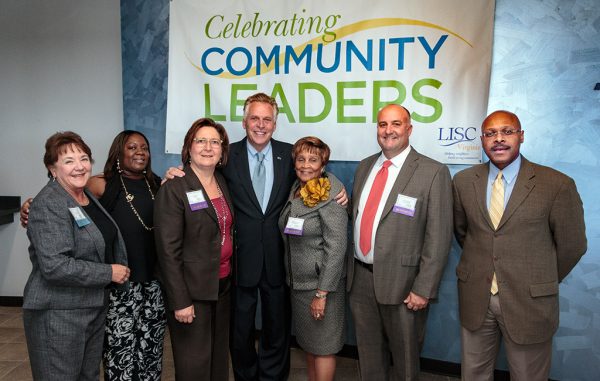 HHHunt was named one of the nation’s top adoption-friendly workplaces by the Dave Thomas Foundation.

CBRE | Richmond’s Matt Anderson and Malcolm Randolph received designations as industrial and office specialists from the Society of Industrial and Office Realtors.

Richmond-based firms Glave & Holmes Architecture, Architecturefirm and BCWH were honored by AIA Virginia in its 2017 Awards for Excellence in Architecture.

Construction company Allan Myers was named by industry publication ENR MidAtlantic as its 2017 Contractor of the Year. 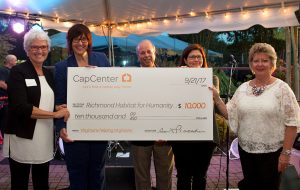 The CapCenter Foundation donated $10,000 to the Richmond Habitat For Humanity during the CapCenter’s 20th anniversary celebration.

Kroger donated $2,500 to FeedMore through its Shop To Stop Hunger event.

McGeorge Toyota’s Tom Baskin donated $15,000 to the Mid-Atlantic Chapter of the Paralyzed Veterans of America through the company’s Random Acts of McGeorge program.

The Massey Alliance raised over $90,000 for the VCU Massey Cancer Center at its Massey on the River event.

Capital One donated $20,000 to UnBoundRVA, a local nonprofit which assists individuals from low-income communities with resources to become successful entrepreneurs.

Mean Bird has signed on with local bike courier service Quickness RVA. The fried chicken specialists opened in the Fan in June.

Novelist David Baldacci gifted $1.1 million to VCU’s College of Humanities and Sciences to create a scholarship for political science students. Baldacci, a VCU alum, made the gift with his wife, Michelle.

VCU received a $2.5 million gift from CoStar Group to create the CoStar Group Endowed Chair in Real Estate Analytics. The endowed chair will be in the VCU School of Business.

Food Lion announced its completion of the renovation of 71 area stores, a $110 million investment.

Shamin Hotels donated $10,000 to a DoubleTree hotel in Palm Beach Gardens, Florida to assist with recovery from Hurricane Irma.