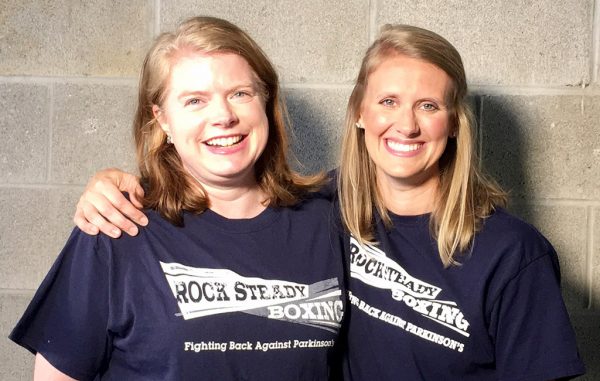 Armed with boxing gloves and speed bags, a nonprofit focused on treating people with Parkinson’s disease is lacing up in Richmond.

Rock Steady was founded in 2006 and has more 400 locations nationwide. Its programs are based on exercises done by professional boxers to improve agility, endurance and hand-eye coordination, which are said to benefit those with the degenerative movement disorder.

Opening the Richmond gym are Lindsay Dawson and Leisl Hymes, two physical therapists at locally based Lawrence Rehabilitation. Dawson said they discovered Rock Steady after running into a common issue with some patients at Lawrence.

“We treat a lot of people with neuromuscular disorders. With physical therapy, their insurance runs out, and they still need more,” Dawson said. “We came to, ‘What do we do next, where do we send them?’”

After visiting another Rock Steady affiliate gym, Dawson said they were impressed by the energy in the room.

“The vibe in the gym was awesome. We were hearing people talking about where they were before, and how they are now,” she said. 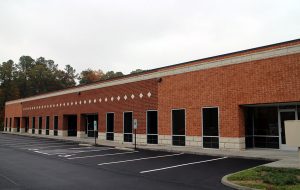 “With Parkinson’s, you’re not going to get better over time, you’ll get worse. There are some medicines to treat symptoms, but there’s a huge depression component, a huge mental component. (The gym is) an exciting and fun place.”

The pair is leasing about 1,600 square feet to house punching bags, speed bags and some exercise equipment.

“It’s all non-contact. We have mitts instructors will use,” Dawson said. “The rest is high-intensity interval training with things like jumping jacks, jump rope – things boxers do in their training.”

While Rock Steady Boxing is a 501(c)(3) nonprofit, its affiliate gyms are for-profit, Dawson said. She and Hymes pay an affiliate fee of about $800 each year, and the nonprofit helps fund the launch of the gym and offers support.

Dawson said they plan to open the gym Jan. 2. Memberships for unlimited classes are $120 per month. The gyms are only for people with Parkinson’s disease, and are not open to the general public.

Title Boxing Club, a chain with nearly 175 locations nationwide, is opening a franchise at 101 S. Robinson St. in the Cary Street Station mixed-use development, which is taking shape at the former GRTC Bus Barn.

Hey;
Is there a way to donate to the gym?
Is there a boxing gym for other people in the Richmond area?

Ed- Thank you for reaching out. Please send us an email at [email protected] and we can discuss ways in which to donate to us and additional boxing resources that we know of! Thanks!