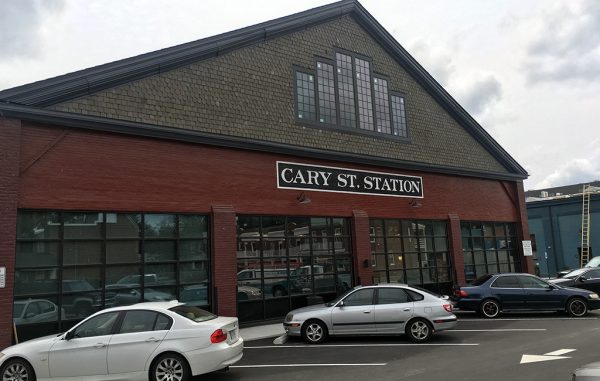 A national fitness brand is punching its way into the Fan.

Title Boxing Club, a chain of gym franchises with nearly 175 locations nationwide, has signed a lease for its first outpost in the Richmond market at the Cary Street Station mixed-use development, which is taking shape at the former GRTC Bus Barn.

The gym will occupy 3,000 square feet at 101 S. Robinson St., where it will offer classes centered on boxing and kickboxing and private training. Sessions range from 30 to 75 minutes and start at $30 per class.

It will be Title Boxing’s fifth gym in Virginia, joining four in Northern Virginia, and the expansion is part of rapid growth that landed it on the Inc. 5000 list of the nation’s fastest-growing companies.

Cary Street Station, a project by the Monument Cos. and the Edison Co., features 16,000 square feet of commercial space and 285 apartments. The $45 million development was announced in 2015, and construction began last year with expected completion early next year.

Many residents already have moved in and developers continue to ink leases for the commercial space. With the addition of Title Boxing Club, only one 1,400-square-foot commercial space remains.

The gym joins Chris Tsui’s EAT Restaurant Partners, which is set to open a pizza restaurant in a 4,200-square-foot space at the development’s northwestern corner. Nest Realty is taking 3,000 square feet at the eastern end of the development. Nest has a presence throughout Virginia and North Carolina, and this will be its first Richmond office.

A pair of beauty salons also signed on at Cary Street Station. InStyle Hair Salon and Atir Natural Nail Care have leases for 1,400 and 1,800 square feet, respectively. It will be Atir’s third location, with outposts in Williamsburg and Short Pump that will remain open.

InStyle will relocate from 3540 W. Cary St., in the shopping center anchored by a shuttered Martin’s store soon to be converted into Publix.

InStyle owner Blair Warren said the move to Cary Street Station was prompted in anticipation of changes to her salon’s current home to make more room for Publix, although no clear plans have been announced by the grocery chain.

Consignment shop Eclectic Stuff moved out of the shopping center earlier this summer for similar reasons.

[…] Boxing Club, a chain with nearly 175 locations nationwide, is opening a franchise at 101 S. Robinson St. in the Cary Street Station mixed-use development, which is taking shape at […]