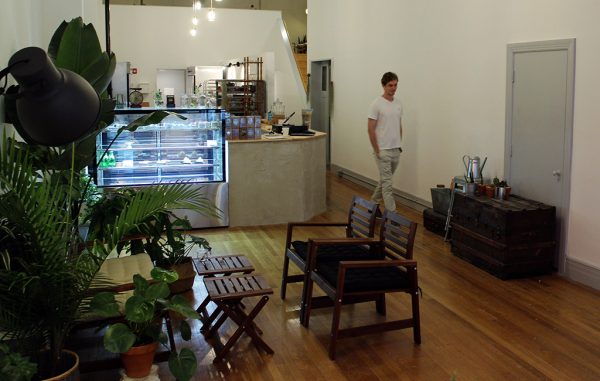 A local married couple is introducing another perk to a stretch of East Grace Street that’s flush with new restaurants and residential investment.

The couple secured a lease for the 1,500-square-foot space last summer, and have been working on renovations to open it.

Taking its cues from chic pastry and coffee shops in South Korea and across Europe, Monchou serves up several coffees and teas, including infusion teas with herbs such as sage, thyme and rosemary.

The French-style pastry bakery also serves up a tarts, mousse cakes and macaroons with flavors including strawberry marshmallow, tiramisu and lavender.

“I change up the flavors daily,” Kim said of the macaroons and other pastries. “I make everything fresh here.” 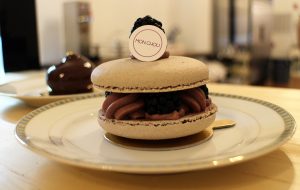 Grey’s landscaping company helped outfit the space, formerly home to a bank, with floating, potted and hanging plants. A seating area near the windows includes tables made from milk crates, and the space’s second level offers additional seating.

The couple said they considered other locations in the area, but were drawn to the East Grace Street location because of the investment and redevelopment in the neighborhood.

“To watch this area drastically change was a draw for us,” Grey said. “The ongoing work that’s happening on Grace Street is encouraging.”

Large dumpsters and chainlink fencing has become a regular site on the street, as investors continue to pile on new restaurants, shops and residences.

A few doors down, work is ongoing at 303 E. Grace St., which will host offices for Lucid Punk Apparel, a studio and tea bar for Lucid Living yoga and health center, and three apartments on the upper floors.

“I can remember when this side of Grace Street was pretty sketchy at night,” Grey said. “Now, to see people coming back and enjoying the area, we think, is going to be good for business. We just want to add our own take to the neighborhood.”

Monchou is open from noon to 8 p.m. Tuesday through Thursday, and from noon to 9 p.m. Friday and Saturday. It is closed Sunday and Monday.