Like a zombie refusing to go down for the count, one of the largest and longest-running corporate bankruptcies in recent Richmond memory lurches on.

Friday, Nov. 10 marked the beginning of the 10th year of the Chapter 11 liquidation case of Circuit City Stores Inc., the umbrella company of the once mighty Henrico-based electronics retail empire.

A full nine calendar years have passed since the company tumbled into bankruptcy protection with the hope of reorganizing and staying afloat.

But a reorganization was not to be, leaving attorneys to commence a liquidation to unwind operations built around more than 700 stores and tens of thousands of employees, and that left 17,000 creditors claiming they were owed around $1.2 billion.

To date, the case has produced more than 14,000 docket entries as it has wound its way through Richmond federal court. It has racked up more than $182 million in professional fees – paid to lawyers, accountants, financial advisors, real estate advisors and the like.

In August Judge Kevin Huennekens approved a motion to extend the term of the liquidating trust overseeing the bankruptcy estate through at least Nov. 1, 2018.

The Nov. 10 anniversary was business as usual for the case, with a filing related to an ongoing dispute with a creditor. But there’s something notable about that dispute: it’s the final outstanding debt claim, according to Andrew Cain, an attorney with Los Angeles law firm Pachulski Stang representing Circuit City’s bankruptcy trustee.

“There’s only one claim not resolved, a tax claim by the state (of Virginia), claiming it’s owed money,” Cain said earlier this month, adding that there’s a hearing on the matter set for Dec. 13 and that the case likely is headed for a conclusion next year.

“We have an extension until Nov. 1, but nobody expects the case to last beyond that,” he said.

The case has trudged on longer than former Richmond-based peer LandAmerica, which went bankrupt a few weeks after Circuit City. That case was closed out in late 2016, seven years after its original filing.

Richmond attorney Doug Foley of McGuireWoods was on the legal team with colleague Sarah Boehm that represented Circuit City during the early stages of the Chapter 11 case, when it still was aimed at reorganizing.

He said nine years and counting is noteworthy, but it’s not unheard of for a case to go on like this.

“I would say this one has lasted longer than most,” Foley said. “But it was a big case. So I’m not surprised it lasted this long.” 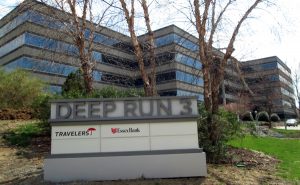 Most attorneys that spoke with BizSense said the payout for creditors thus far seems to warrant the expense.

Creditors have received distributions from the trustee over the nine years of the case, which originally estimated a recovery range of 8 to 32 cents on the dollar.

Cain said the bankruptcy estate has exceeded that, recovering about $600 million of the $1.2 billion owed.

“We’ve distributed 51 percent already, and there will be more,” Cain said. “It’s been a very successful case in terms of creditor recovery. So the time it has taken to work through has been worthwhile.”

The professionals working the case also have recouped their share.

The biggest sum of professional fees was paid out to Texas law firm Susman Godfrey, which earned $46 million representing the trustee in at least one lucrative class action case against electronics manufacturers related to price fixing. That’s as of June 30, according to the trustee’s most recent operating report on file with the court.

Pachulski Stang – for which the meter is still running – has billed $38 million in the case as of June 30.

The biggest local beneficiary to date is Richmond law firm Tavenner & Beran, which serves as local counsel for the bankruptcy trustee. It had been paid more than $5 million in fees in the case as of June 30, and is still on the clock.

Why It’s Taken So Long

That price-fixing class action case is one of many factors, in addition to the shear number of creditors,  that have caused the Circuit City’s liquidation to drag on.

The first speed bump was due to the case being converted into liquidation after initially seeking reorganization. It took a couple years after the original filing before a liquidation plan was agreed upon by creditors and confirmed by the court.

Then there was the process of hunting for assets to pay back to creditors, which in some instances led to other drawn-out legal battles. That includes the price-fixing matter and the bankruptcy of Circuit City’s Canadian subsidiary, which had to play out first to funnel assets back into the overall U.S. case.

Then there were preference litigations – small cases that seek to claw back money for companies that did business with Circuit City in days leading up to the bankruptcy filing. About 500 of those were filed, Cain said, resulting in various amounts coming back to the estate. Only two went to trial.

Michael Condyles, a local attorney with Kutak Rock whose bankruptcy work includes the ongoing cases of Toys ‘R’ Us, said other than in prepackaged filings, it’s difficult to know at the outset how long such a case will play out.

“There’s no specific framework for any bankruptcy case as far as the timeline goes,” Condyles said. “Particularly when you’re looking at liquidation where there are a large number of moving pieces.”

The longevity of the Circuit City case has created a healthy market of investors who are bullish on the efforts of the attorneys to recover money for creditors.

Claims traders, a somewhat obscure group in the financial world, gamble on how much money will be found in a bankruptcy case by buying debt claims on spec.

So if the initial estimate in the Circuit City case was 16 cents on the dollar, claims traders would have bought claims from creditors at a discount from that, betting that the final outcome would be higher.

“So if HP wants to sell its claim, they’ll reach out to a claims trader and say, ‘What will you give me for it,’” Cain said. “It gives the original creditors a way out.”

That speculation has continued over the course of the case, he said, even as the payout percentage has risen.

“The amount of activity by claims traders has been relatively unusual in this case,” Cain said.  “The three largest holders in the case, holding close to $450 million (in claims), are claims traders.”

Perhaps the only souls that may have noticed the Nov. 10 anniversary on the calendar spend their days in a nondescript office building, tucked away from the bustle of the Short Pump stretch of West Broad Street.

It’s a small cadre of workers – call it a skeleton crew – who were employees of the finance department at Circuit City corporate, and to this day are employed by the bankruptcy estate.

It’s another unusual remnant of the ghost of Circuit City. Cain said there are four full-time and three part-time workers on that staff.

“We had access to those people who were willing to stay on and work for the trust and some of them still do after all these years,” Cain said. “I’ve done a lot of these liquidating cases and this is very unusual.”