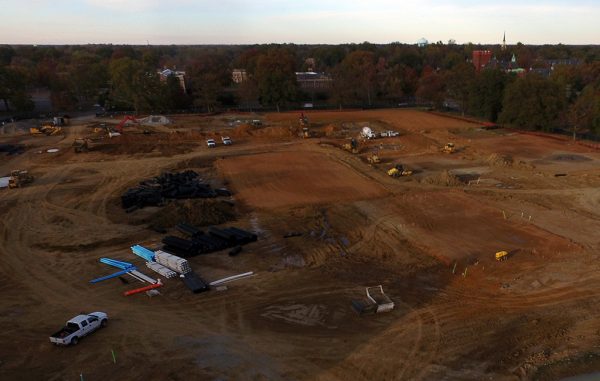 With a second legal challenge to stop the project thrown out, the path appears clear for a controversial apartment development in Northside that is already underway.

Site work started this fall on the 34-acre Westwood Tract, where the nearby Union Presbyterian Seminary is developing a 301-unit apartment complex called the Canopy at Ginter Park, despite opposition from neighbors that culminated in two lawsuits.

The civic association, which represents the neighborhood south and west of the tract at Westwood Avenue and Brook Road, had alleged the seminary breached a written agreement regarding the site’s eventual use and sought a permanent injunction on the project. Judge Gregory Rupe ordered the suit’s dismissal Sept. 26.

The coalition has said the tract’s intended use has been for educational or institutional purposes. The seminary has said the land has been zoned since 1953 for multifamily residential use and has long been planned for student apartments.

On Oct. 26, DurretteCrump attorney Robert Gordon, who represented the coalition and the civic association in their respective suits, filed a notice of appeal to challenge that dismissal. A formal appeal had not been filed as of Wednesday.

Attempts to reach Gordon were unsuccessful in time for this story. 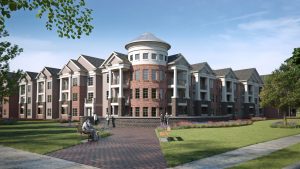 In an update published in nearby Bellevue’s neighborhood newsletter, coalition representatives acknowledged it was unable to stop the project but said its efforts remain focused on the remainder of the tract.

The Canopy at Ginter Park is filling 15 acres of the 34-acre property, the rest of which is also owned by Union but not slated for development.

“Despite falling short of the goal to halt the Canopy project in favor of a development more in keeping with the scale and character of the surrounding neighborhoods, our efforts continue to ensure that the remaining 19 acres of the tract will be preserved as open space into perpetuity,” the coalition’s statement said.

Meanwhile, work is underway on the Canopy project, with several buildings demolished and trees removed from throughout the tract. Union is working with Bristol Development Group, a Tennessee-based developer that is also building the 373-unit Bristol at West Creek apartments in eastern Goochland County.

The Canopy apartments are planned to consist of 112 one-bedroom units, 186 two-bedroom units and three three-bedroom units. Rents would range from $1,000 to $2,200 per month. Bristol Development’s website says the complex will open in 2018.

Union has said the rest of the tract is planned to remain as recreational open space. An urban farm also is planned, with Midlothian-based Shalom Farms signed on to a 10-year renewable lease.

It’s been a long hard fight by the neighborhood but it’ll turn out better than they believe. Bristol does nice work. More and more upscale apartments are coming to the Northside. I believe you’ll see a cleanup campaign along Chamberlayne soon as well. It’s time is coming.

Plastic is as plastic does.

I will have to disagree with you, Bruce Milam. Just looking at Bristol’s website of their past projects illustrates that this development will not play well with the existing early 20th century homes. If the Seminary had just taken the trouble to find an architect with some skills, they may have come up with a design that looks less, well, ugly.
With this eyesore inflicted on the neighborhood, the Seminary should at least open their library to the public again.

You’re never going to please everyone as far as looks.

I live in the area and I’m super excited for these apartments. They’re going to get more young professionals into Northside and create even more demand for restaurants and bars that I like.

I only wish they could have added more units!

Another shill for the seminary