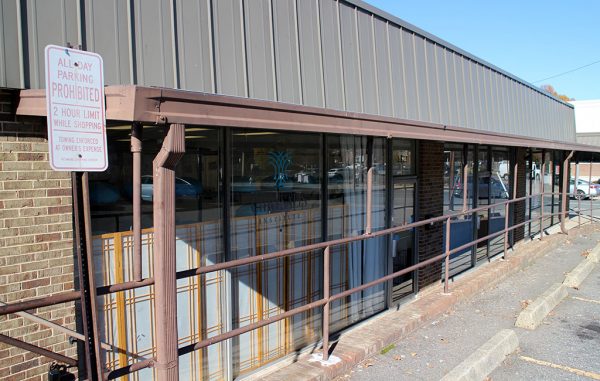 Chrysalis is moving its shop out of Carytown Shopping Center. (Mike Platania)

Another storefront adjacent to the future Carytown Publix location is packing up shop amid uncertainty of its building’s future.

Chrysalis Institute, a learning center that offers classes, speakers and other events rooted in meditation, is leaving its longtime space at 3527 Ellwood Ave. in the Carytown Shopping Center and relocating to 213 Roseneath Road in the Museum District.

The nonprofit had been operating for 10 years in the Ellwood Avenue spot, which is in the shopping center anchored by a recently vacated Martin’s grocery store that will be converted into a Publix.

Executive director Rachel Douglas said Chrysalis was told in May that its lease in Carytown wouldn’t be renewed at yearend because of a planned redevelopment of the property related to Publix.

“We were nervous about where to go,” Douglas said. “We wanted to stay near Ellwood Thompson’s. We have similar audiences.” 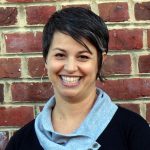 It is one of several tenants that have left Carytown Shopping Center in recent months citing the pending arrival of Publix, despite the grocer not publicly announcing formal plans. Eclectic Stuff, Chasen Galleries and InStyle Hair Salon also have found new homes.

Chrysalis Institute signed a five-year lease for 1,800 square feet at its new Roseneath building, which it will share with Integral Yoga Center of Richmond and independent artists and massage therapists.

It plans to move into the building in February 2018, and will vacate Carytown at the end of 2017.

Planned renovations include dividing a large room to include an office, redoing flooring and walls, and adding wheelchair accessibility.

“It’s an old schoolhouse, we’re not going to fight that vibe in here,” Douglas said.

Douglas is the organization’s only full-time employee, and is supported by three part-time workers and more volunteers. Chrysalis’ 2016 revenue was $276,000, according to nonprofit tracker GuideStar.

I really hope Publix does one of their more urban concepts here instead of just scraping it for a simple big box with a field parking. The topography of this site lends itself to putting parking under a large mixed use structure closer to Cary. Publix has done similar concepts in Florida and I would hope they would give that a chance here.

Agreed. The entire plaza needs to be re-done and re-envisioned. It would really help if the city decided to redo the streets surrounding the store(s) as well. That area has become a nightmare with Kroger, the Fresh Market plaza, Ellwood Thompson’s, and the feed in to Carytown proper. I think the best solution would be to make both Thompson and Nansemond one way (in opposite directions) between Cary and Grove (at least),