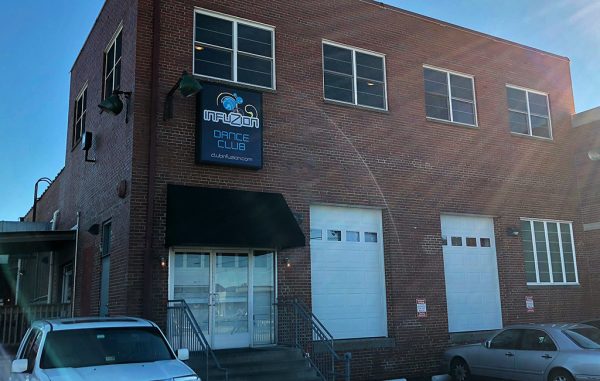 Correction/clarification: This story has been updated to clarify that Infuzion, which continues to operate at 1403 Roseneath, plans to relocate once its lease in the building is up in 2019.

The heat of the Scott’s Addition real estate market likely will mean the end of a local nightclub’s run in its longtime home.

A group led by Chesterfield-based Blackwood Development recently acquired and is planning to redevelop the Infuzion Dance Club building at 1403 Roseneath Road.

“The building is a great opportunity for redevelopment given the growth occurring around it,” said Blackwood partner Nolen Blackwood. “We thought this was a good long-term investment.”

Blackwood Development purchased the property in September for $1.6 million through 1403 Roseneath LLC, an entity that includes the building’s previous owner David Wheeler. Blackwood is the majority partner in the deal.

Infuzion, once known for having a bar made of ice, will continue operating in the building while the development group evaluates the long-term tenancy for the site, Blackwood said.

Wheeler said in a message to BizSense on Wednesday that Infuzion’s lease in the building is good through July 1, 2019 and the club will relocate at the end of the lease.

Blackwood said plans are to market the space to a restaurant, brewery or office tenant in coming months. He said the space also could be divided into two units to accommodate similar users.

While the ground-floor Infuzion space would be redeveloped, Blackwood said Business Owners Institute LLC, an office tenant of the building since April, will remain its sole second-floor tenant. 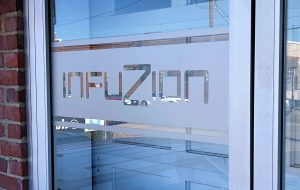 The two-story property was purchased for $1.6 million. (J. Elias O’Neal)

The group has not yet set a timeline for redevelopment nor hired a general contractor or architect for the project.

Blackwood and Wheeler began discussions to form a partnership to redevelop the two-story property in August.

Their deal did not include an adjoining surface parking lot at 3313 W. Leigh St. that is leased by Infuzion and owned by Thalhimer Realty Partners.

The Infuzion deal is one of several projects Blackwood has undertaken across the city.

The company is working to secure a restaurant tenant for the former Calypso Café at 1718 E. Franklin St. in Shockoe Bottom that it’s renovating with Richmond-based UrbanCore.

Blackwood is in the center a frenzy of activity in Scott’s Addition.

Redevelopment of the Handcraft building is nearing completion and Tazza Kitchen is working on its newest restaurant a few blocks north of Blackwood’s investment.

Every week brings something new to Scott’s Addition. The real estate values there are jumping exponentially. Bring on the height gentlemen. Let’s not waste land!

Agreed, all I see is brick walls and industrial decay in Scott’s Addition. Stop renovating busted old shacks and put in some tall, new and modern designed buildings.