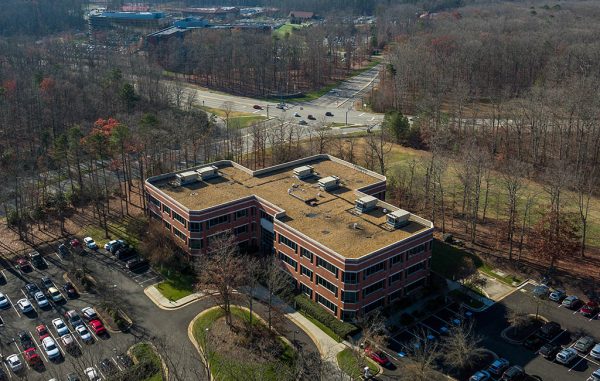 A local real estate firm is adding another office building to its growing collection.

The deal brings the property, built in the late 1980s, back into the Riverstone family.

“It was the right time to sell,” Pegalis said. “It was very appealing to the buyer … They seemed pleased with the number of tenants fulfilling lease renewals and the overall condition of the property.”

Pegalis plans to reinvest capital from the CenterPointe sale into new development projects, including the construction of self-storage facilities.

“We’re certainly bullish on the Richmond market,” he said. “Selling to Riverstone made perfect sense.”

Riverstone principals Jeff Galanti and Chris Corrada said securing the asset is part of the firm’s strategy to grab properties ripe for new tenant leasing in office submarkets increasing in activity. It also allows the company to reestablish control of a property in the heart of its 700-acre CenterPointe project, which is poised for more commercial and residential development.

“Having the office building back in our possession is ideal for us because we now have a prime asset that is in great shape, and doesn’t need a lot of upfit because it’s in good condition,” Galanti said. 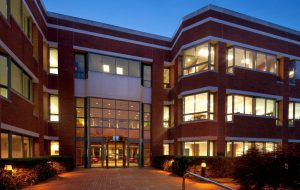 At 73 percent occupancy, Corrada said, the building has 16,000 square feet available for lease across the three levels, in units ranging from 2,400 to 6,400 square feet.

Plans call for a few aesthetic changes, including signage improvements and removing several trees and shrubs to improve the property’s visibility from the Charter Colony Parkway and Lucks Lane intersection.

Located across Charter Colony Parkway from Bon Secours St. Francis Medical Center, the building is home to a variety of tenants, mostly connected to the real estate industry – including several mortgage brokers and title offices.

CenterPointe adds to a collection of office buildings Riverstone has acquired over the last year.

Its other holdings include high-end hospitality assets such as The Jefferson hotel in Richmond and Kiawah Island Golf Resort in South Carolina. It also owns 60 percent of the West Creek Business Park in Goochland County.