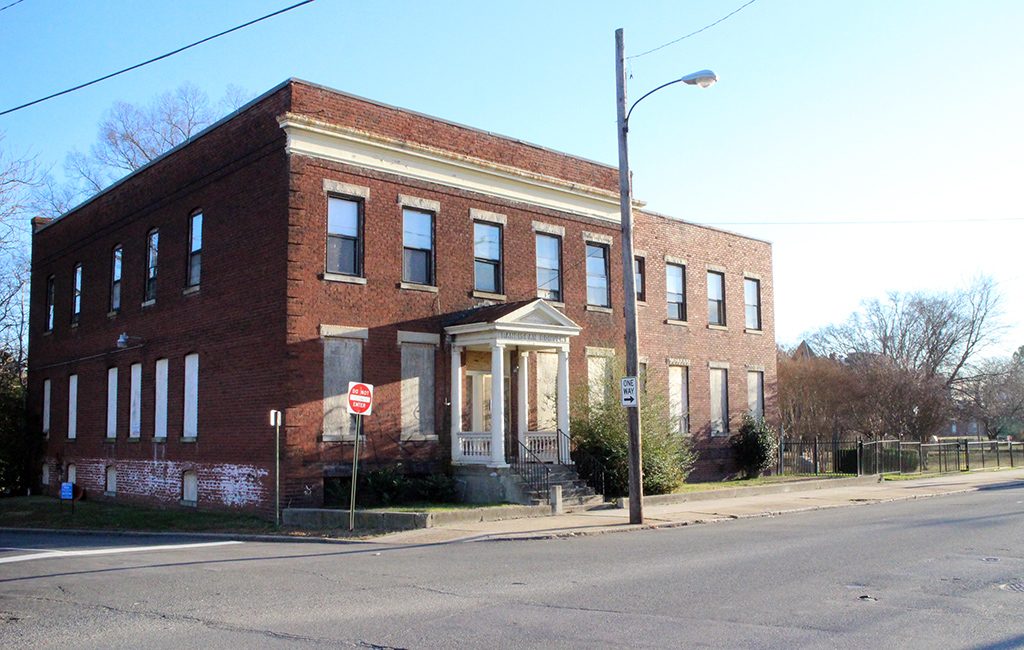 After a piece of its funding plan didn’t come through, the developer behind a mixed-use, mixed-income project in Jackson Ward is scaling back the density of the development and adjusting its design.

Washington, D.C.-based Community Preservation and Development Corp. is seeking city approval to further amend its plans for Jackson Place, a $32 million project that would add apartments, commercial space and parking to the city block bordered by First and Second streets and Duval and Jackson streets.

The project involves new construction and the rehab of the former Franciscan Covenant building at the corner of Second and Duval.

The changes would reduce the number of apartments from 194 to 154, along with including fewer parking spaces and nixing a structured parking deck. A previous amendment approved in January had increased the number from 182.

CPDC’s Matt Engel said the change in plans came after the nonprofit did not receive a requested $2.5 million grant from the state’s Vibrant Community Initiative program. He said funding for that grant was awarded instead to Richmond-based Better Housing Coalition for its planned conversion of the former Quality Inn in Scott’s Addition – a project currently mired in a legal dispute with a local developer.

Engel said CPDC was counting on the grant for the development.

CPDC is working on the project with Richmond Redevelopment and Housing Authority, which owns the 2.5-acre site. The two sides also are working together to redevelop the Baker School at 100 W. Baker St. into 48 senior apartments. They previously worked on the $11.4 million rehab of the old Highland Park Public School into apartments for seniors.

The changes to Jackson Place would not affect the 72 apartments designated for replacement housing for residents of RRHA’s Frederick A. Fay Towers, near Gilpin Court across the interstate. All three of the CPDC-RRHA projects are planned to relocate a total of 200 residents from Fay Towers, which is being eyed for redevelopment. 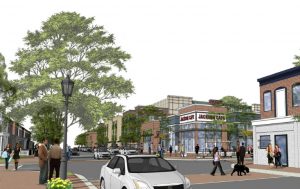 A rendering of planned developments.

The remaining 82 units would consist of studios and one- and two-bedroom apartments that would be a mix of income-based housing and market-rate rents. The development also would include 6,000 square feet of commercial space.

Where previous plans called for 13 surface parking spaces and a 139-space parking deck, the proposed changes removed the deck and call for 71 spaces that would add to about 30 on-street parking spots around the site.

The reduction in off-street parking resulted from discussions with the Historic Jackson Ward Association, which is in support of the project, according to documents filed with the city.

Also reduced is the height of the new-construction building, the majority of which would be shortened from four to three stories.

In addition to the Franciscan Covenant building, the project incorporates the adjacent memorial bell garden with surrounding green space. The adjustments to the project would expand the garden and create more green space along First Street.

The city planning commission heard CPDC’s request Monday and recommended approval to Richmond City Council, which is scheduled to vote on it at its meeting Dec. 11.

If approved, Engel said, construction could start in April or May 2018. He said it would take 15 to 18 months to build, with Columbia, Maryland-based Harkins Builders signed on as the contractor. The architect is Maryland-based Grimm and Parker, which also worked with CPDC on the Highland Park Senior Apartments.

Engel said funding for Jackson Place involves a mix of investments from the state, RRHA and Virginia Housing Development Authority. He said the City of Richmond is considering funding for the project.