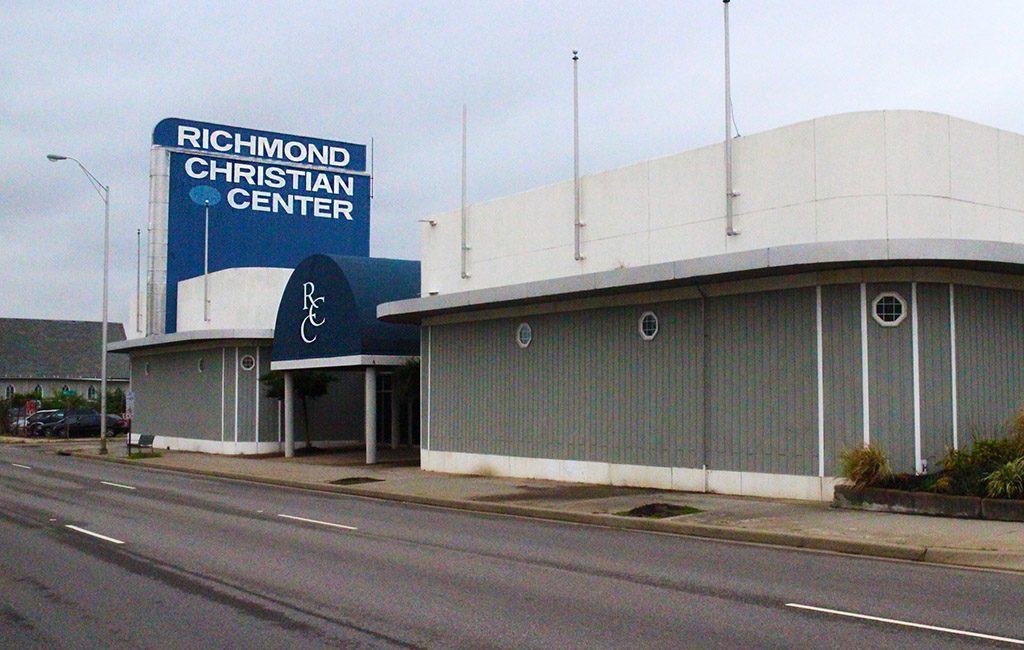 A Southside church has unloaded its sanctuary to free up funds ahead of its planned acquisition of a bankrupt Manchester congregation’s real estate holdings.

The deal, which closed Dec. 15, is part of a plan previously laid out in the federal bankruptcy proceedings of Richmond Christian Center, a separate congregation that is being forced to sell off its portfolio of Manchester real estate, including its 44,000-square-foot main church building at 214 Cowardin Ave.

UNCI agreed to purchase the Manchester real estate for $2.9 million in a court-approved deal designed to end RCC’s years-long slog through bankruptcy and make its creditors whole.

UNCI will move its 700-member congregation to the Cowardin site, where it has held services since September. The two congregations have been in talks of a merger, according to court filings.

As part of its pitch to outbid a local developer for the Manchester holdings, UNCI had to sell its Midlothian Turnpike property by Dec. 15 and put down a $200,000 deposit toward its $2.9 million purchase. 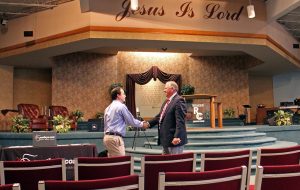 Attorney Kevin Funk meets with an auctioneer inside the RCC in 2015. (BizSense file photo)

Chris Perkins, a LeClairRyan attorney representing RCC’s bankruptcy trustee, said last month the deal with UNCI is still in the works and has not yet closed.

In addition to the Cowardin Avenue church building, which was converted from a car dealership, RCC’s surrounding real estate consists of 16 mostly empty commercial and residential lots and small commercial buildings, totaling about 5 acres with a combined assessed value of $4 million.

Those properties serve as collateral on a loan from Foundation Capital Resources, the lender and main creditor whose renewed efforts to foreclose on the RCC holdings were prompted by the congregation missing revenue marks and falling out of compliance with its court-approved bankruptcy reorganization plan. RCC first fell into bankruptcy in November 2013.

One lingering issue on the docket of RCC’s bankruptcy case is a string of filings from founding pastor Stephen Parson Sr., who has been exiled from the church as part of the bankruptcy process but has continued to argue that he’s the rightful owner of the Manchester real estate.

Parson made several court filings as the year came to a close, primarily stating that he plans to appeal the judge’s approval of the sale to UNCI.

The buyer on UNCI’s Midlothian Turnpike property was Liberation Church International, a local congregation that is currently housed at a smaller building at 2213 National St., just over the Henrico County line in the East End.