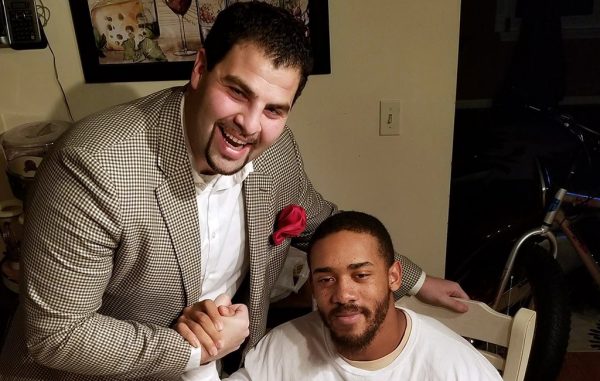 With NFL and MLB hopefuls on his roster, a UVA football player-turned-sports agent has added his firm to the short list of agencies that call Richmond home.

Maghamez, who played at UVA from 2008-2012, started the business in 2015 and represents football and baseball players and coaches.

Maghamez said he aspires to build a local client base of Richmond- and Virginia-based athletes.

“A goal of mine is to be the go-to agency for Richmond athletes,” he said. “I never want it to be too big. It’s an industry where personal service is key.”

The Northern Virginia native said he moved the company to Richmond in part due to its proximity to both D.C. and Southwest Virginia.

Maghamez is a licensed attorney in Virginia and received his law degree from Liberty University. He’s licensed to represent football coaches and players, as well as pro baseball players.

After a stint at Octagon, a major D.C.-based sports agency, Maghamez said he decided to pursue his dream of going out on his own.

In his time at UVA, he said he saw agents take advantage of teammates, and wanted to offer something more personal.

“It’s a really shady field; anyone who’s in it will tell you that,” he said. “I’m trying to do things the right way and do it with integrity.”

Crown Endeavors joins at least one other sports agency in Richmond, Proformance Baseball, which is based in the West End.

Maghamez runs the company with two other staffers. He said it doesn’t have a physical office space, but may search for one in the future.

“Most agents are on the road more than they’re at home,” said Maghamez, who also practices real estate law in the Richmond region.

This is Maghamez’s first year as an NFL agent, and he said even though it’s rare for first-year agents to have clients drafted, he remains hopeful his guys will land on a team next season.

“First year NFL agents rarely have someone drafted in their first year,” he said. “I have guys that’ll probably sign after the draft as a priority free agent.”