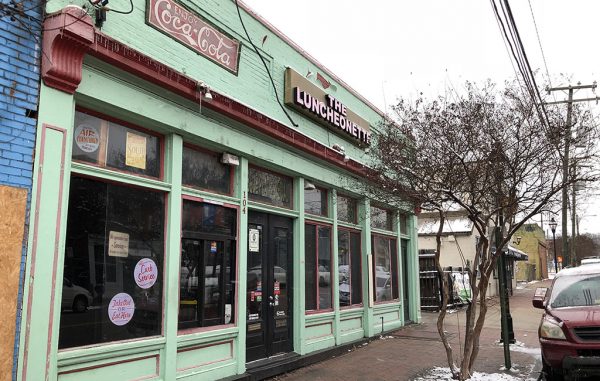 A local restaurant brand has shuttered its two locations as its owner shifts his focus to other endeavors, including expanding his latest concept.

“I’m no longer expanding the brand,” Barzoloski said. “I’m using this year to focus on other business opportunities.”

Barzoloski first launched Luncheonette in Shockoe Bottom in 2014. He established Luncheonette Northside in March 2017 in the former Streetcar Café space in the Brookland Park neighborhood.

After a four-year stint, Barzoloski said the Luncheonette concept served its purpose by allowing him to learn more about the area’s dining demands and connecting with others in the food scene.

“I’m thankful for what it was,” he said. “But it’s time to move on to something different.”

Barzoloski said he plans to expand the Waffle Shop brand, but would not say where he might take it next.

“It’s just time to do something different in the new year,” he said. “Giving up the Luncheonette is going to allow me to pursue some different ventures, and focus on new ideas.”

With Luncheonette Northside out in Brookland Park, another restaurant already has moved in. Dixie Bell’s Burger Bar, a venture from local sisters Kristin and Kia Player, opened Jan. 13 in the space. Eggspress, the group’s breakfast food truck, also moved into the 1,800-square-foot location.

The two brands will share the space, with Dixie Bell serving burgers and brews in the evening and Eggspress catering to breakfast and brunch patrons.