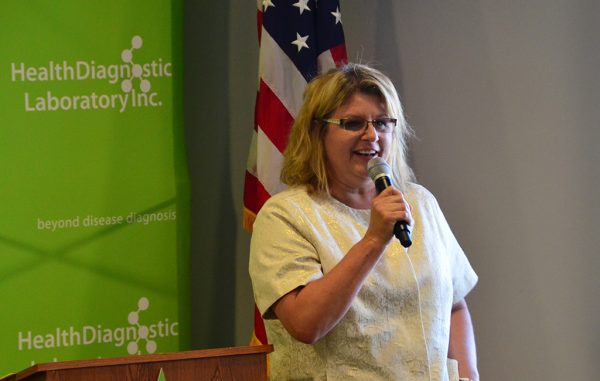 A jury in South Carolina this week found Tonya Mallory, co-founder and former CEO of defunct Richmond-based Health Diagnostic Laboratory, liable for a share of $50 million in damages owed to the federal government for defrauding Medicare and Tricare.

The case, the subject of which toppled the once fast-rising Richmond company, was prompted by complaints from whistleblowers in the healthcare industry years earlier. It caused a legal ripple still playing out in other ongoing court cases.

The case centered on whether Mallory and the two heads of HDL’s third-party sales force, BlueWave Healthcare Consultants, knowingly caused the blood-testing company to pay doctors to induce them to use its tests, whether those payments amounted to kickbacks that violated the federal False Claims Act, and whether they knew it was fraudulent.

The government argued the defendants and the kickback scheme caused $170 million worth of false claims and often medically unnecessary test reimbursements to be submitted to government healthcare programs for blood-test payments.

The jury at the end of the two-week trial found that Mallory, Dent and Johnson had a hand in steering the company to submit 35,000 false claims, resulting in about $17 million in damages. That amount is required by law to be tripled, resulting in the $50 million total.

Despite the lower damages than it initially sought, the U.S. Attorney’s Office in South Carolina touted the result Thursday.

“This verdict sends a strong message of accountability to those who would seek to take advantage of federal healthcare programs,” First Assistant U.S. Attorney Lance Crick said in a prepared statement.

Mallory’s attorney, Beattie Ashmore of Greenville, South Carolina, said Thursday that his camp is considering post-trial motions that will question the jury verdict, which could lead to an appeal.

“We’ve got 28 days to file post-trial motions,” Ashmore said. “Once those are filed, argued and ruled upon, we’ll assess whether an appeal is necessary.”

A message left for Dent and Johnson’s attorney, Dawes Cook of the Barnwell Whaley law firm in Charleston, was not returned by press time.

Peter Chatfield of law firm Phillips & Cohen, which represented one of the whistleblowers, said the lower amount of damages showed the jury questioned whether the defendants knew the operation was wrong the whole time, or whether they and their attorneys believed the payments to doctors were above board, albeit in a grey area of the law. 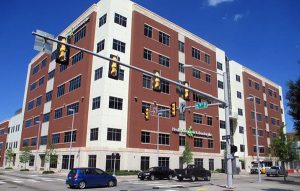 “The jury apparently excused the defendants’ conduct for a certain time period, based on the defendants’ argument that they initially, perhaps innocently, were following bad advice from counsel,” Chatfield said in a statement Thursday.

“But the trial proved that the defendants continued to pay kickbacks even after they received a growing flood of warnings and corrected legal advice … Defendants realized they would kill their golden goose if they stopped paying process and handling fees used to induce some doctors to order their tests.”

The three defendants may also be on the hook for millions more in civil penalties, as the judge could force them to pay between $5,500 to $11,000 per false claim. That amounts to between $192 million and $385 million.

Whistleblowers will get a cut of the damages once collected, ranging from 15 to 25 percent of the total.

BlueWave was found not liable by the jury.

HDL initially had been a subject of the same government investigation that led to the lawsuit, but agreed to pay $47 million to resolve it in early 2015. HDL fell into bankruptcy later that year and its assets were sold off to a competitor, marking an end to a company that had become a darling of the Richmond startup scene, growing quickly to employ hundreds in its downtown headquarters.

Mallory, a VCU grad, founded HDL in 2008. She resigned from the company in 2014 amid the government investigation. She went on to work with her brother in Crewe, Virginia, then founded Creo Wellness, a Henrico-based startup that bills itself as a blood-testing and health-coaching company.

In addition to potential appeals of the South Carolina case, the legal wrangling in other courts related to HDL’s downfall is far from over.

Mallory is still a party to a sweeping lawsuit filed by HDL’s bankruptcy trustee aimed at recovering money for the company’s creditors.

Are the courts going after all the related spin-off companies that former employees started after they cashed out of HDL just in time? It’s a ripple of corrupt money that funded other “health” related businesses in my opinion. A cancer in the Richmond startup scene.