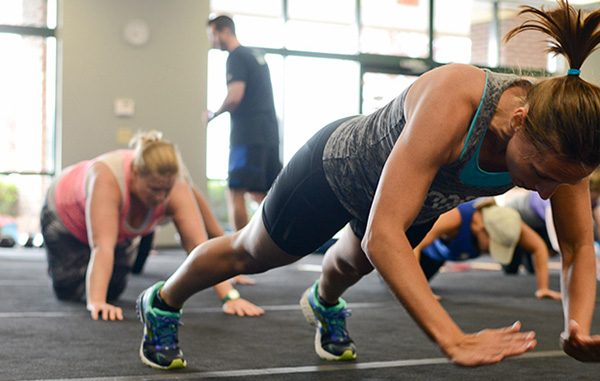 A local real estate agent is putting boots on the ground in Chesterfield County for his second area fitness franchise.

Jonathan Ceaser of Fathom Realty has signed on to open a Burn Boot Camp gym in the Woodlake Commons shopping center on Hull Street Road.

It will join his first Burn Boot Camp location at 3091 Lauderdale Drive in the Lauderdale Square shopping center, which he opened as a side gig in 2016 while an agent at Keller Williams.

A chain based out of North Carolina, Burn Boot Camp caters to women with 45-minute classes featuring cardio, weight training and bodyweight exercises, which alternate weekly. Ceaser said the concept has been popular at the Short Pump location, which has 350 members.

“We can modify exercises up or down for people, for all fitness levels, ages and athletic abilities,” he said.

Burn Boot Camp memberships also include free childcare during workouts and diet and nutrition coaching with a trainer.

The floorplan at Burn locations includes a raised, impact-dampening floor, which Ceaser said reduces stress on joints for anyone with knee or back problems.

Burn Boot Camp isn’t exclusively for women. Ceaser said men are welcome to come after 5:30 p.m. – ideally a husband, boyfriend or family of a member.

The 5,700-square-foot Chesterfield location is targeted for a May opening with a staff of about 10.

Ceaser said the Midlothian area’s comparable demographics to Short Pump made it a favorable second home.

“I want to do even more (locations) in the region,” he said. “I’m starting to look more up near Willow Lawn, then aim for the Midlothian Turnpike-Bon Air area.”

Nationally, Burn Boot Camp has been in high-growth mode. As the first Richmond location was opening in 2016, the company had about 20 nationwide. As of January 2018, it had 108 locations nationally.

The local fitness market continues to add new franchised players. A location for 9Round, a kickboxing chain, is in the works at Libbie Mill.

Ceaser has continued to work in real estate since opening the gym and said his side gig and full-time job sometimes collide.

“I’ll occasionally meet people at the gym who need help with their houses; it’s helped me tap into more people,” he said.