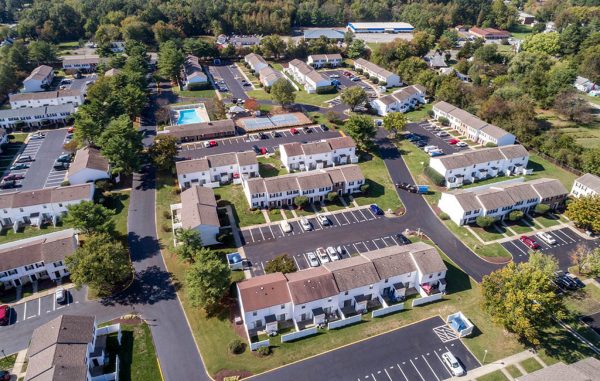 One of the largest – and one of the few – apartment properties in Hanover County is under new ownership following a nine-figure deal.

The seller was Ashland Towne Square LLC, an entity tied to Midlothian-based R.C. Evans Management Group, which purchased the property in 2001 for $8.6 million.

A county assessment most recently valued the complex, which was built in 1974, at $14.19 million.

Colliers International represented the seller, with Bruce Milam, Jason Hetherington and Carter Wood of its Richmond office brokering the deal along with Will Mathews of its Atlanta office.

Milam said the property attracted about 20 offers after it was listed in November. He said an agreement was reached with UPA’s Bernie Grablowsky in mid-December and the property was put under contract. Grablowsky worked on the deal with Brentwood Investment Group, which formed the Ashland Apartment Associates entity with him.

Milam said the interest reflected the property’s condition and upkeep, as well as its positioning in the metro Richmond market.

“There aren’t that many communities in Hanover County,” Milam said. “Bernie saw a chance to upgrade, plus he saw the restraint on the market.” 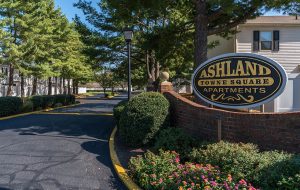 Milam said R.C. Evans, which manages about eight other apartment properties in metro Richmond, was ready to sell.

“This thing was in immaculate condition, even though it was built in 1974. Ron Evans is meticulous,” Milam said.

“The folks that were his partners were in a point in life where it was appropriate to make a move.”

Milam noted the apartments have not been updated since they were built four decades ago. He said the opportunity to renovate and increase rents was another selling point for the buyer, which plans to start updating units immediately, Grablowsky said.

“It’s probably going to cost us at least $1.3 million to do all those units, and that’s only the interior,” Grablowsky said.

“We like the Ashland area, because it’s a very convenient city for commuters into Richmond and maybe even to Fredericksburg,” he said.

The complex consists of one-, two- and three-bedroom units with rents ranging from $890 to $1,155. Grablowsky said it was 93 percent occupied at the time of purchase.

“Once we remodel the units, the rent will go up, but we’re not sure how much,” he said. “We’ll see what the market is like at the time.”

Other plans include an updated playground with new equipment, a possible exercise room and a remodeled rental office. Grablowsky said the upgrades are being modeled after one of UPA’s four other local properties, the Villas at Midview apartments at 6416 Oakfront Court in Henrico.

“We are pretty much duplicating what we put in there, and those are renting for a couple hundred dollars a month higher than these,” he said. “We are really going to upgrade this to first-class-looking on the inside.”

UPA’s other Richmond-area properties include Brandy Hill Apartments in Mechanicsville, Villas at Oakland Chase in Henrico and Delmont Village Apartments in the city.

“We are very bullish on Richmond,” Grablowsky said. “We are looking to buy several more properties in Richmond this year.”

Ashland Towne Square follows other local apartment properties that have been scooped up by out-of-town buyers.

Late last year, the 159-unit Millspring Commons in Henrico sold for $20.6 million, one week before the 255-unit Oxygen at Centerpointe in Chesterfield sold for $45.83 million. The 292-unit Village at the Arbors also sold to an out-of-town buyer in a $17.16 million transaction, as did the 366-unit Copper Spring apartments, which sold for $54.2 million.

Bucking the out-of-town trend last summer was the 340-unit Wellesley Terrace apartments, which went to a local buyer for $51.12 million.

Note: This story has been updated to reflect Brentwood Investment Group’s involvement in the purchase.

Very nice article Jonathan. Thank you from Jason , Carter and me. We were very fortunate to work with such a fine buyer and seller.