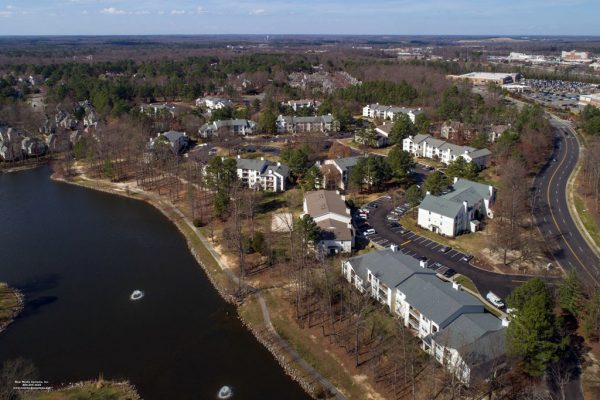 In one of the priciest local apartment deals in recent memory, a nearly 30-year-old complex near Short Pump surpassed the $50 million mark with its sale last week to a Southside-based buyer.

The buyer was an entity tied to ICAFS Inc., which lists as its principal office the same address as General Services Corp. (GSC), a Chesterfield-based apartment agency that manages more than a dozen properties in metro Richmond.

The seller was Knickerbocker Properties Inc. XX, a New York-based pension fund advisor that purchased the nearly 25-acre property at 3807 Chase Wellesely Court in 1999 for $20.5 million. A county assessment in January valued the property at $34.07 million.

Colliers International listed the apartments for Knickerbocker, which was represented locally by Jason Hetherington and Bruce Milam and by Will Mathews and Payton Herschberger out of Colliers’ Atlanta office.

GSC did not have representation in the deal. A message left with GSC was not returned Monday.

The sale is the priciest apartment deal to hit the Richmond area in at least the past 18 months, according to data provided by commercial real estate brokerage CBRE Richmond. Research director Andrew Cook said the sale appears to be the highest anyone has paid for a Class B garden-style apartment complex in the area. Class B generally means the property is more than 10 years old.

Cook pointed out that the sale’s price per unit, at about $150,000, is closer to those of the area’s newly renovated mid- and high-rise apartments. 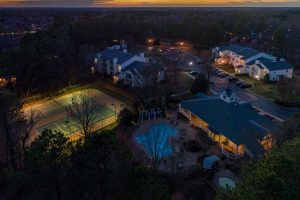 Wellesley Terrace is listed on GSC’s website among its 14 apartment properties in the Richmond area. Other properties in Henrico include Breckenridge, The Crossings at Short Pump, Foxchase, Hunters Ridge, Legends at Virginia Center and London Towne. The company also manages Chesterfield Village and Old Buckingham Station in Midlothian.

The property also includes a swimming pool, fitness center and volleyball and tennis courts. It is adjacent to a 15-acre lake.

A listing on LoopNet described the property as having a 6 percent cap rate, or capitalization rate – a property’s rate of return on investment based on the income it generates.

A flier for the listing estimates that renovations of $5,500 per unit or $863,500 overall could result in a return on investment of 23.4 percent annually.

The flier also details income growth at Wellesley Terrace over a 12-month period. Total monthly income increased from $339,503 in January 2016 to $379,264 in December of the same year, representing an 11.7 percent increase.

Wellesley Terrace joins other ‘80s-era apartment properties that have sold to new owners over the past year. Last summer, Henrico-based McCann Realty Partners purchased the 32-year-old Hickory Creek apartments along Tuckernuck Drive for $28.55 million, while a California firm paid $23.32 million for the Champions Club apartments near Gaskins and Springfield roads and $28.5 million for the Park West End apartments on Glenside Drive.

Meanwhile, newer apartments in Richmond are also selling. Earlier this month, the 2-year-old Terraces at Manchester building at 800 Semmes Ave. sold to a Washington, D.C. group for $30.12 million. Also in Manchester, the Lofts at Commerce Apartments sold in March to a New Jersey buyer for $20.2 million.