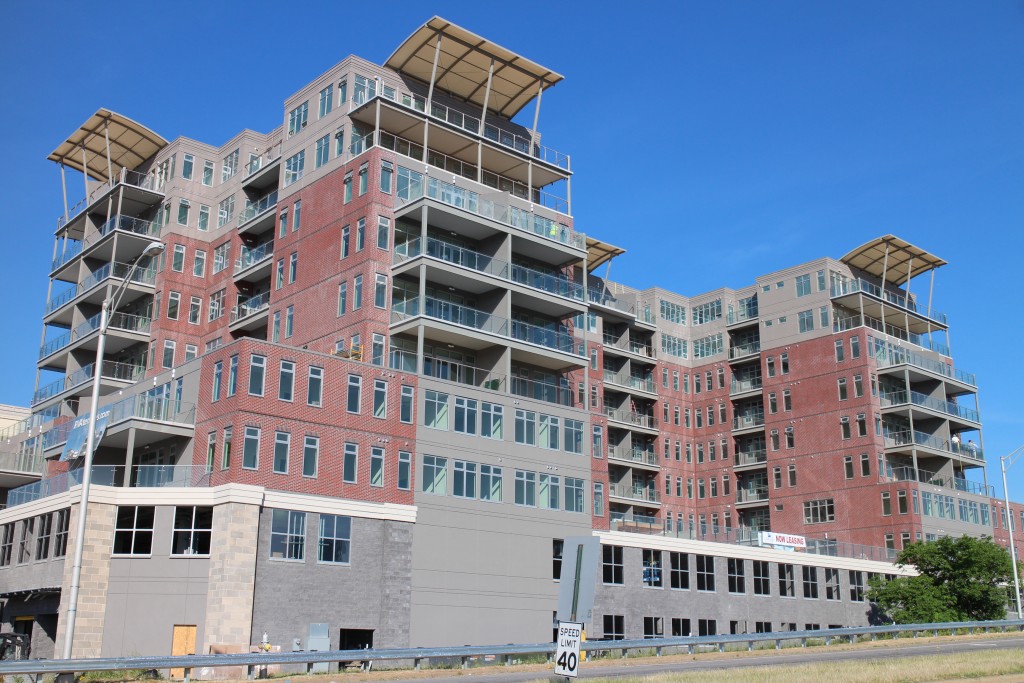 Two years after it opened to tenants, one of the biggest apartment buildings to be constructed as part of Manchester’s recent surge in development is now in the hands of new, out-of-town owners.

City property records list the buyer as Richmond Terraces LLC, which purchased the 148-unit, 200,000-square-foot building from 800 Semmes LLC – made up of builder and majority owner Mark Purcell and developers Robin Miller and Dan Gecker.

Purcell, whose Purcell Construction Corp. built the apartments and who resides in one of the top-floor penthouse units, described the buyer as a group out of Washington, D.C. He said he couldn’t say more about the group, which lists a residence in Palm Beach Gardens, Florida, as its principal office.

Purcell said the group approached him and Miller and Gecker about selling the property, which he said was not being marketed for sale.

“It was a good offer,” Purcell said Thursday. “It probably is the highest sale in Manchester.”

Purcell said the proceeds will allow him to continue building in Manchester, where he is constructing a nearly $40 million, 10-story residential tower with developer Guy Blundon a couple blocks away in Thalhimer Realty Partners’ City View Landing development.

“We’re builders, we’re still building in Manchester, and this just freed up some capital to do some more projects,” he said, noting a project in the Fort Lee area and the 238-unit apartment complex he and Blundon are developing along Winterfield Road in Midlothian.

Purcell, who previously partnered with Miller and Gecker on the nearby 1200 Semmes apartments, said he didn’t know of any changes planned for the Terraces at Manchester, other than property management. He said the buyer group is working with Thalhimer, which assumed management of the building from Miller’s Monroe Properties on June 26. 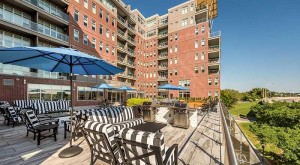 Curt Carter, director of residential property services for Cushman & Wakefield | Thalhimer, said the building’s 148 units are about 98 percent occupied. He said the Terraces building is the group’s first purchase in Richmond, but declined to comment further.

The building features 20,000 square feet of private terraces that are accessible to nearly every unit. It also includes a top-floor lounge and other amenities.

Miller, a veteran downtown developer whose residential projects have been extensive in Manchester, would not specify the project’s development cost. City property records show 800 Semmes LLC purchased the 1-acre property in late 2013 for $1.2 million. The latest city assessment valued the improved property at $25.78 million, including an improvement value of $23.86 million.

Miller said the sale is not a reflection of any change in his interest or investment in the neighborhood, which continues to invite new construction and land purchases.

“We sold it because we got a good price on it,” Miller said. “We’re all still very optimistic about Manchester.”

Next up for Miller and Gecker’s Urban Development Associates is Manchester Green, a 78-unit residential development on 2 acres bounded by Bainbridge, Porter, 12th and 13th streets.

The Terraces sale, which is the largest multi-family deal in the city so far this year, is the latest evidence of out-of-town interest in the fast-developing Manchester district. Earlier this year, an entity tied to New Jersey-based Hudson Group purchased the 329,000-square-foot Lofts at Commerce Apartments at 700 Stockton St. for $20.2 million.