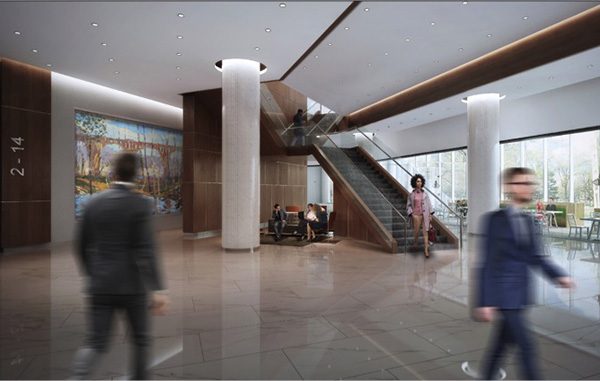 A South Carolina-based bank is looking to make a bigger impression in downtown Richmond – in turn giving the James Center owners a new tenant to build around as heavy renovations continue in one of the complex’s three towers.

South State Bank, a $15 billion institution that bought its way into town this year with the acquisition of Park Sterling Bank, has signed a lease for 10,000 square feet across the first two floors of One James Center at 901 E. Cary St.

The deal will expand the bank’s presence and visibility in the building, where it currently keeps a ground-floor branch it inherited in the Park Sterling deal.

It also will give the bank a second bookend hub to match its regional home base in Innsbrook, said Bobby Cowgill, South State’s Richmond market head.

“With our ongoing expansion plans we saw the value of growing our presence downtown,” Cowgill said. “The timing worked out well with all that Riverstone was doing.” 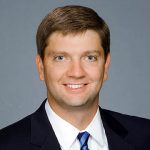 Riverstone Properties has owned James Center since early 2017 and is renovating the 21-story tower, including the addition of a staircase that will create a mezzanine-like entrance up to the second floor.

South State will take advantage of that new setup by placing its branch and office on the second level, with an ATM and lobby area on the first floor.

Jeff Galanti, a principal with Riverstone, said the design wasn’t originally conceived exclusively for South State, but they still needed the right tenant to make it work.

“This is a vision we had for the property,” Galanti said. “Instantly the first and second floors become more activated.”

Work on the first level also will include removal of the pink marbled floors and columns, upgrading floor-to-ceiling windows and finding a new tenant to replace the Wendy’s restaurant.

On the second floor, crews are tearing down walls to revamp a dark, windowless reception area left behind by McGuireWoods, the law firm that left a chunk of the building vacant when it moved up the street to Gateway Plaza in 2015.

A conference center for the building’s tenants is taking shape on the second level adjacent to the bank’s space.

Riverstone’s efforts are a play to revive and refill the building, along with its two sister towers at 1021 and 1051 E. Cary St. Together, the three buildings encompass about 1 million square feet. 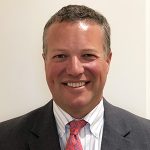 The company has said it is planning tens of millions of dollars’ worth of renovations across the three properties.

One James Center has just under 200,000 square feet of vacant space – the bulk left over from McGuireWoods on floors three through seven. There’s also the old Bull & Bear Club space on the 21st floor.

Galanti said Riverstone is in conversations with some large tenants and keeping rooftop signage available for the “white whale” tenant that wants a big block of space.

South State’s current ground-floor branch will remain open during construction, with crews doing the bulk of the work on nights and weekends. Hourigan is the general contractor and Baskervill is the architect.

The bulk of the work is expected to be completed by Thanksgiving, Galanti said, with the conference center space to be ready by the end of summer.

South State expects to have about 30 employees in its new downtown space over the next year. It has about 90 employees across the region at its eight branches.