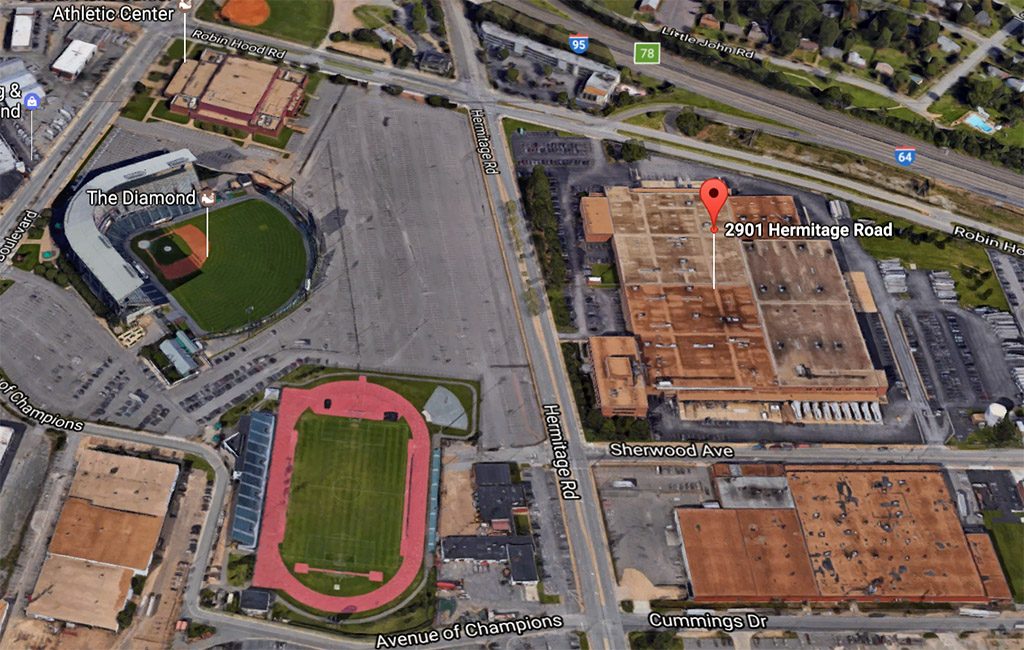 A state agency with some of the most sought-after property in the city has received permission for a deal with an out-of-state developer to move its headquarters to the suburbs, potentially freeing up land for a new baseball stadium.

The Virginia General Assembly has given the departments of Alcoholic Beverage Control and General Services the green light to negotiate a deal with Tennessee-based H&M Co. to construct a new ABC headquarters on property owned by Bill Goodwin’s Riverstone Properties near the intersection of Pole Green Road and Interstate 295 in Hanover County.

Authorization to pursue the deal was included in the state’s $115 billion budget approved last week, listed among several capital improvement projects to be funded with proceeds from the sale of nearly $217 million in bonds.

The budget does not specify a funding amount for the future ABC complex, and no contract has been signed between H&M Co. and the state, said ABC spokeswoman Taylor Thornberg.

H&M Co. could not be reached for comment Monday afternoon. The firm focuses on design, construction and financing of distribution and manufacturing facilities nationwide.

ABC and General Services, which have been working together on the relocation, would not provide a cost estimate for the project. Representatives stated that doing so would undermine the agencies’ negotiating position.

General Services spokeswoman Dena Potter said in an email that the agencies expect H&M Co. to close on the property this summer. It’s unclear whether the property is under contract to the developer.

After issuing a request for proposals last year, the agencies announced in March they had selected H&M Co.’s proposal to construct a 315,000-square-foot warehouse and 95,000-square-foot office building to replace the existing ABC complex at 2901 Hermitage Road. The departments began talks with H&M Co. in December.

As part of the discussion, the agencies announced their preferred site for the facility is the Riverstone Properties land in Mechanicsville.

Some of the largest pieces of the 50-acre site are along a service road next to AMF Bowling Co.’s headquarters at 8100 AMF Drive.

ABC is targeting a move-in date for spring or summer 2021.

Once operational in Hanover County, the facility could allow ABC to eventually free up the Hermitage Road site, which has been discussed as a potential spot for a replacement of The Diamond that could be shared by the Flying Squirrels and VCU.

Gov. Ralph Northam’s office received the final budget May 30. He has through June 8 to sign it into law. The budget would take effect July 1.

Awesome, Time for a new stadium for VCU and the Flying Squirrels. Hope along with a huge redevelopment of the Boulevard corridor that also Includes the old PET Dairy factory that is now empty and that ran down hotel right against I-95 south bound lanes. This would be huge for Richmond as far as property tax generation with a high density mix use development to add fuel to the fire of the developments going on the other side of the tracks with Scott’s Addition and around the Science Museum.

Investment in that area of Richmond would be huge, but let’s look deeper in how we/Richmond can develop a successful development. There is the idea of a high density, mix use development which does produce tax revenue and is provided by one developer known as a type of coursed-grain urbanism, but there is another, fine-grain urbanism, and this is produced in smaller steps with multiple developers and will eventually produce more tax revenue in the long run and builds a better, healthier community. With a wonderful opportunity that looks to come, Richmond needs to really consider what is best in… Read more »

Move summer 2021, remediate and surplus by by state around summer 2022 (took 18 months for old DGIF site that is now overgrown and decaying buildings) and then build a stadium in 2023. Yippie maybe by opening season 2024 we might have a new stadium. Only took 25 years as first discussions with R-Braves was before the millennium. And this all hinges on the City who still has done nothing with closed 6th Street/Blues Armory (except a secret RFP), nothing with old maintenance facility (weed lot) next to Diamond, failed with the Redskins, and is still working on the plaza… Read more »