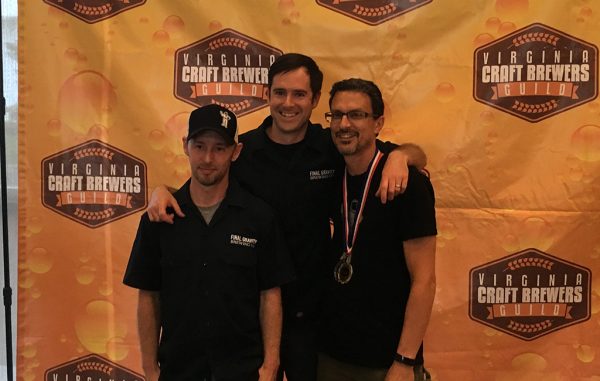 If you want to taste the two best IPAs in the state, look no further than a small taproom in Lakeside.

Held at the WestRock building downtown, the guild’s seventh annual ceremony sifted through 375 beer entries from over 100 breweries in Virginia to give out 27 awards. The beers were graded blindly by a panel of 38 judges earlier this spring in Northern Virginia.

Way to go, Tony and the Final Gravity team. Love our local brewery in Lakeside!