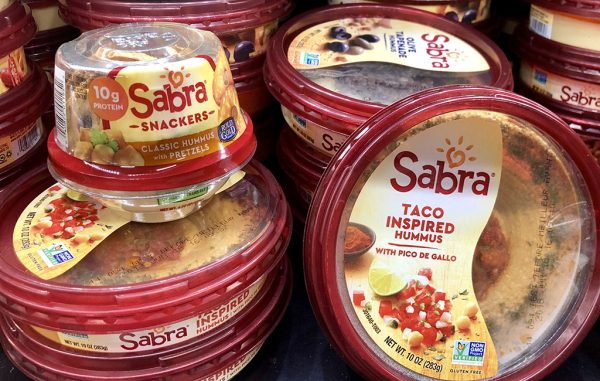 The boom of industrial space continues to roll in Chesterfield County, as another major company prepares to expand its distribution and manufacturing operations.

The expansion is set to occur on Sabra’s 48-acre campus it owns in the Ruffin Mill Industrial Park and also will include eight new loading dock doors for 18-wheeler trucks.

A cost estimate for the project, along with whether the expansion would result in the creation of new jobs, was not listed in the plans.

Multiple calls and emails to Sabra were not returned Friday afternoon.

Chesterfield County Economic Development chiefs Garrett Hart and Karen Aylward were out of the office Friday afternoon and could not be reached for comment.

The pending project would mark the third expansion of Sabra’s Chesterfield facility, which opened with nearly 131,000 square feet in 2010 to make refrigerated dips and hummus spreads that are shipped to grocers up-and-down the East Coast.

In 2013, Sabra opened a research and development facility in the plant to develop new food products. The company would later double the plant’s footprint in 2014 – adding 118,000 square feet to the facility to produce more than 8,000 tons of hummus per month, according to a company news release.

Both have 50 percent ownership of the New York-based Sabra.

The company’s market share of total refrigerated dips and spreads, such as its salsa and guacamole, is growing in the U.S., along with its list of hummus flavors.

IRI, a market research company that tracks consumer spending of packaged goods for major retailers and food processors, ranked Sabra as having 26 percent of the market share for refrigerated flavored dips and spreads – the largest in the U.S., according to the report.

The pending expansion in Chesterfield adds to PepsiCo’s investment in the county.

The beverage maker has signed on to fill a new $23 million, 220,000-square-foot distribution facility under construction at 1608 Willis Road.

Elsewhere in the Chesterfield industrial market, Devon USA has filed plans with the county to construct a $20 million, 321,000-square-foot spec warehouse property on a 44-acre plot in the James River Logistics Center at 1601 Bellwood Drive.

And about 40 acres of the property once slated for the Shandong Tranlin Paper Co. facility in the James River Industrial Center off Coach Road is being targeted for a 611,500-square-foot industrial facility for an unknown user, dubbed in county records as “Project Goliath.”