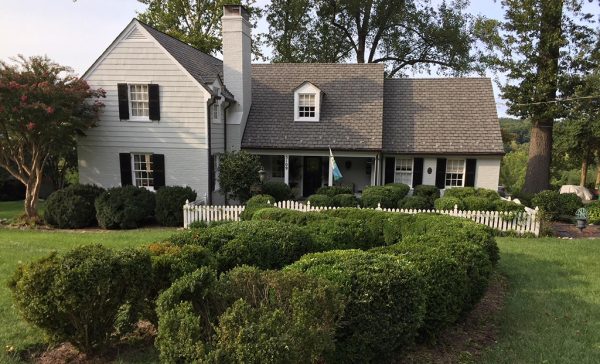 After selling his own home through an accelerated sale to help promote his auction house’s high-end real estate division, a local auctioneer has landed his next Richmond-area residence in an off-market sale that resulted from another fast-tracked transaction.

Motley, whose Masterpiece by Motleys real estate division launched last year with the sale of his personal residence in Henrico’s Barrington West neighborhood, got an inside track on the Riverside property through another accelerated sale the division was coordinating in Henrico’s Grayson Hill, where he had bought a townhome after selling the Barrington West house for $1.3 million last fall.

Craige Pelouze, the seller of the Riverside house along with his wife Sandi, attended an open house for Motley’s Grayson Hill townhome, which Motley likewise listed through an accelerated sale.

Pelouze, a senior vice president at Commonwealth Commercial, told the hostess that he and Sandi, an interior decorator, needed to sell their house before they could buy their next home, and word got back to Motley, who made an offer on the house the day before they planned to list it.

“When we debriefed the morning following the open house,” Motley said, “that came to light, and I said, ‘I think I recognize that address.’

“I called them and they were getting ready to list it, and I went over there that afternoon and we struck a deal,” he said. “Kind of serendipitous.”

The Pelouzes previously had seen another unit at Grayson Hill and ended up purchasing it through listing brokerage Long & Foster, Craige Pelouze said. 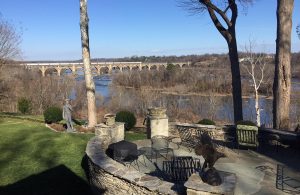 The patio with views of the river and railroad bridge.

The Pelouzes sold the Riverside home after 40 years there, having purchased it in 1978 for $110,000, according to city property records. The ¾-acre property was most recently valued in a city assessment at $801,000.

The bluff-side property, with views of the river and arched James River Railway Bridge, also includes a stone patio and terraces with steps leading down to a bridge with river access. Standing watch over the patio is a replica Statue of David that Pelouze purchased as a gift for Sandi after seeing the real thing on a trip to Italy.

As it turned out, the replica David played a part in Motley’s purchase as well, as Pelouze said the hostess at Motley’s Grayson Hill open house was familiar with the property and confessed she recently visited the statue.

After telling her about the house he needed to sell before he could buy, Pelouze said, “She said, ‘Do you have the Statue of David in your back yard?’ and I said yes. She said, ‘Well, I was trespassing on your yard a few weeks ago and had my boyfriend take a picture of me next to the David statue.’”

Laughing, Pelouze said, “It is a pretty prominent and well-known statue. A lot of people want to see it. It was just so many coincidences that happened that were just incredible. All the people that we knew and how it all went down, it was like the vortexes crossed in perfect harmony and it all worked out.”

Bella Vista is one of several riverside homes that have been offered at upwards of $1 million. Across the river near the Carillon, the century-old Doolough Lodge mansion at 1 Brockenbrough Lane is on the market with an asking price of $2.59 million. The nearby Rothesay mansion sold in February for $3.7 million, and the neighboring 1215 Rothesay Circle is under contract after its list price was dropped to $1.89 million.